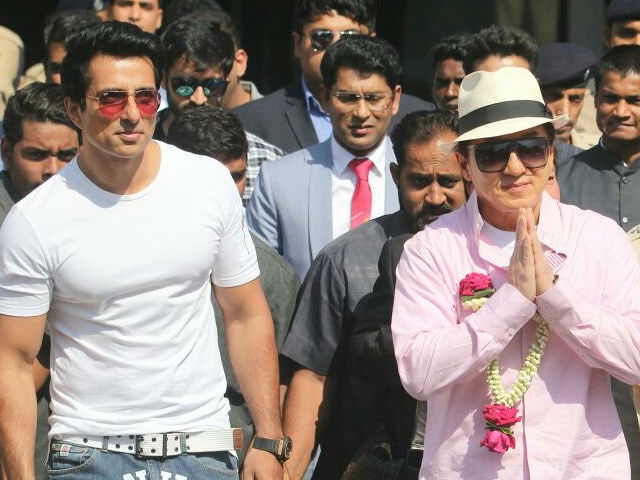 Chinese star Jackie Chan arrived in India on Monday morning to help Sonu Sood promote their film Kung Fu Yoga. An action adventure, Kung Fu Yoga will hit the Indian screens on February 3 to avoid clash with this upcoming releases Raees, starring Shah Rukh Khan and Kaabil with Hrithik Roshan in lead which release this week. In USA and China Kung Fu Yoga will release on January 28. Sonu Sood, who arrived in India before a few days ago, took a trip to the airport to give Jackie Chan a warm welcome. Jackie Chan, 62, got a full-fledged Indian welcome complete with Aarti and paparazzi.
First there was aarti and garland and welcome with sweets: Jackie Chan received a traditional welcome at the airport

Then Jackie Chan and Sonu Sood waved and posed for the crowd which was beside itself with happiness: 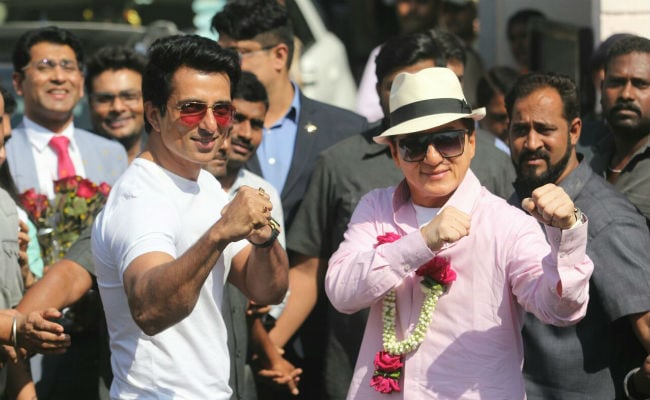 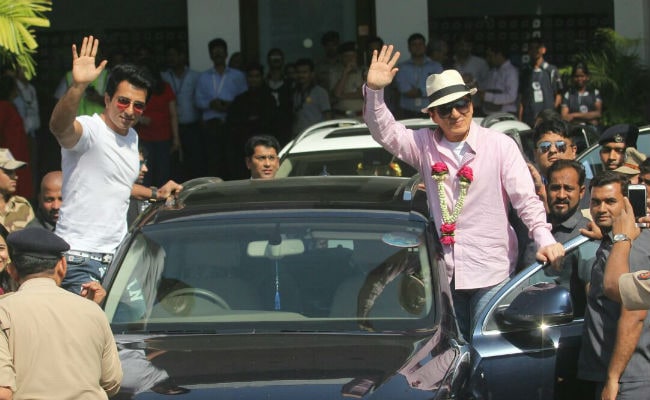 Jackie Chan may meet Salman Khan during his stay in India

When in India, Jackie Chan has also planned to meet superstar Salman Khan. Sonu played antagonist opposite Salman in Dabangg. Last week, Sonu posted a video on Twitter which had a message for Salman. "Namaste Salman, I'm going to see you in India with my brother (pointing at Sonu Sood)," said Jackie Chan in the video.


Bhai, @BeingSalmanKhan I have an unusual power packed surprise for you! See you soon in India #Pandeji Hum aah rahe hai @EyeOfJackieChanpic.twitter.com/61JTdmf5GF

When the trailer of kung Fu Yoga released on the Internet, Salman has tweeted to Jackie Chan thanking him for casting his "Chedi Singh."


Thank you @EyeOfJackieChan for giving this film to my Chedi Singh @SonuSood . This is the coolest : https://t.co/Nl0qk742pl