Spider-Man: Homecoming Trailer Is A Refreshing Take On The Superhero

Spider-Man: Homecoming Trailer: The trailer is testament to the fact that the new spidey on the block is cooler, younger and more technologically equipped than before. Tobey Maguire, time has changed indeed 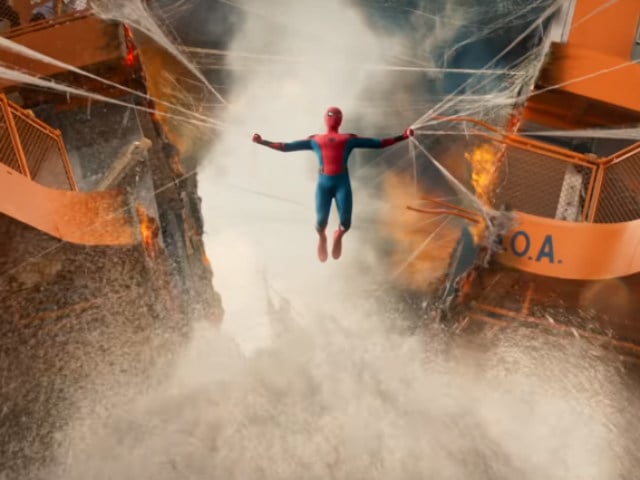 Spider-Man: Homecoming Trailer: A still from the movie

Yay! The new trailer of Spider-Man: Homecoming is finally here. The trailer is testament to the fact that the new spidey on the block is cooler, younger and more technologically equipped than before. Tobey Maguire, time has changed indeed. Recently in an interview with Variety Magazine, Tom Holland, the actor who plays the superhero crawler in the film, said he prepped for his role without any help from the actors, who previously played the spider-man - Tobey Maguire and Andrew Garfield. And that's probably because Tom Holland's Peter Parker has Marvel's Tony Stark aka Iron Man as his mentor. Remember how Tony Stark updated Spider-Man's suit with cool additions in Captain America: Civil War?
Mid-way through the trailer, Tony Stark urf Robert Downey Jr decides it's time for a pep talk with the DC comic hero and asks him to "do better." Spider-Man was apparently aiming to be "like" Iron Man.
Moving on, enters Adrian Toomes, Spider-Man's long-time enemy, better known as The Vulture. It's actually Michael Keaton under the high-tech winged suit of the antagonist.
"The world's changing boy, time will change too," says The Vulture while Spider-Man has just two words for him: "crazy dangerous."
The trailer of Spider-Man: Homecoming is action-packed, thrilling and also includes Spider-Man's mandatory goof ups for a little bit of hilarity.
Watch the trailer of Spider-Man: Homecoming here: