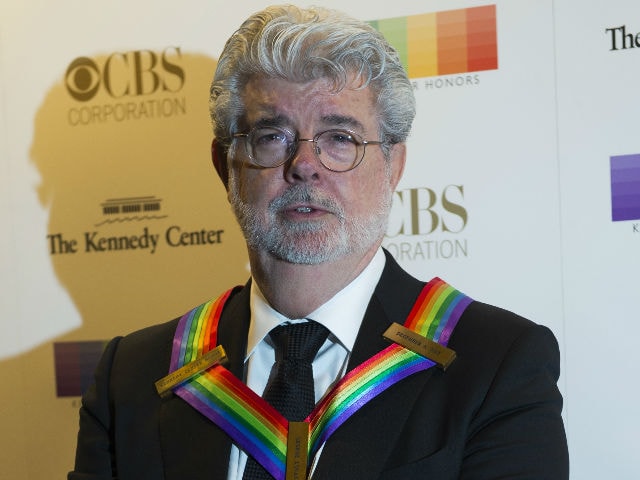 George Lucas entered the pantheon of US cultural icons on December 6 as he received a prestigious Kennedy Center Lifetime Artistic Achievement award. President Barack Obama said that the filmmaker was "at the vanguard of the New Hollywood, blending genres and combining timeless themes with cutting-edge technology"

Star Wars creator George Lucas entered the pantheon of US cultural icons on December 6 as he received a prestigious Kennedy Center Lifetime Artistic Achievement award.
The man behind the saga in a galaxy far, far away received his prize at a gala event that also honored actresses Rita Moreno and Cicely Tyson, 1970s pop singer-songwriter Carole King and Boston Symphony Orchestra conductor Seiji Ozawa.
Star Wars became one of the greatest successes in the history of Hollywood, even though many people - including Mr Lucas himself - were convinced that the movie would be a flop. (Also Read: For Lucasfilm, the Way of Its Force Lies in Its Star Wars Fans)
Mr Lucas, along with director Steven Spielberg, is also a co-creator of the Indiana Jones series of the adventure-seeking archaeologist.
Mr Lucas' films, especially the first Star Wars movie that came out in 1977, "changed movies absolutely forever," said Mr Spielberg, who was at the event.
Movies by Mr Lucas and Mr Spielberg, who often worked together, marked the birth of a new genre of popular science fiction movies with high-tech special effects.
He received the award just ahead of the release in movie theaters of the latest installment in the saga - Star Wars: The Force Awakens. The film is the seventh episode in the series.
"The fans are going to love it," Mr Lucas said. "It's very much the very kind of movie they've been looking for," he added.
Mr Lucas however sold his company, Lucasfilm, to Disney in 2012 for $4 billion and is no longer associated with the franchise that he created. He described it as a painful breakup. (Also Read: I Call it Like a Divorce, George Lucas on Giving up Star Wars)
Renowned cellist Yo-Yo Ma, who performed on stage, said that the Kennedy Awards "keeps away the darkness of fear, of terror, of hate, of violence."
He added, "We hope that we can, for a moment, having people think about music, and arts, and film, and dance."
President Barack Obama attended the event with his wife Michelle after delivering a rare primetime address in the wake of a brutal mass shooting in California that he described as an "act of terrorism."
The POTUS earlier hosted the honorees at the White House, and described them as artists "who helped tell the story of the first American century through music, theater and film."
"Each of these artists was born with something special to offer their country and the world," the president said.
As for Mr Lucas, he said the filmmaker was "at the vanguard of the New Hollywood, blending genres and combining timeless themes with cutting-edge technology."
It's "pretty remarkable that nearly 40 years after the first star destroyer crawled across the screen, we are still obsessed with George's vision of a galaxy far, far away," he added.
Missing from the event was rock band The Eagles, best known for their 1976 hit album Hotel California. The group postponed their appearance for one year due to unspecified health problems of Glenn Frey, a member of the quartet.