Harrison Ford was seriously injured in June 2014 at Pinewood Studios in Buckinghamshire, England when his leg became trapped in the door of his character Han Solo's Millennium Falcon spaceship 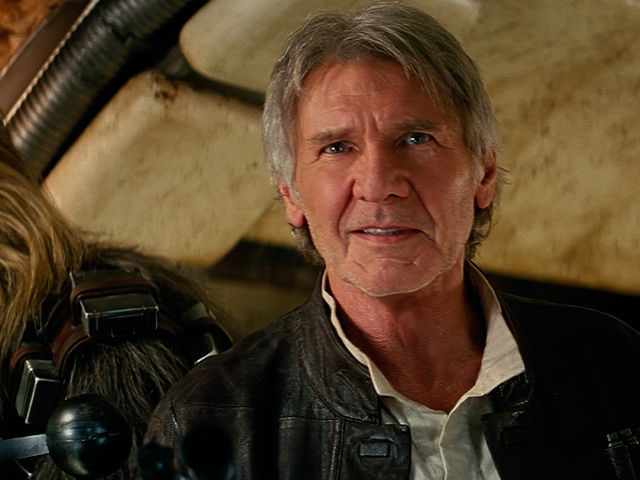 Production company bosses behind Star Wars: The Force Awakens have been fined USD 1.95 million for the mishap that led to Harrison Ford injury on set, reported Deadline.
The 74-year-old actor was seriously injured in June 2014 at Pinewood Studios in Buckinghamshire, England when his leg became trapped in the door of his character Han Solo's Millennium Falcon spaceship.
Mr Ford was airlifted to a nearby hospital for surgery and spent months recovering from the injury before he returned to complete his scenes as Solo.
Executives at Foodles Production (UK) Ltd. pleaded guilty earlier this year to two charges brought by the Health and Safety Executive.
In court, lawmakers were told the actor could have been killed when the hydraulic metal door hit Mr Ford with a force comparable to the weight of a small car.
Judge Francis Sheridan ruled production executives failed to communicate the risk to Ford, stating, "The greatest failing of all on behalf of the company is a lack of communication, a lack because, if you have a risk assessment and you do not communicate it, what is the point of having one? That is the most serious breach here.
"If only they had included Mr Ford in all the discussions, he might have at least been alert to the dangers that he had to avoid."
(This story has not been edited by NDTV staff and is auto-generated from a syndicated feed.)