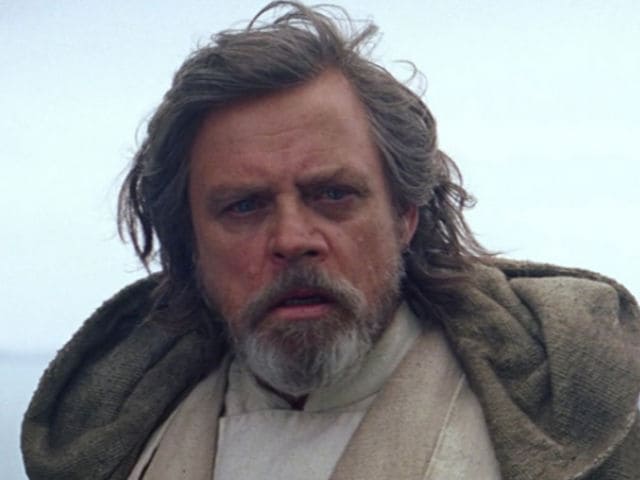 Mark Hamill in a still from Star Wars: The Force Awakens.

Actor Mark Hamill, who will reprise his role as Luke Skywalker in the sequel to Star Wars: The Force Awakens, reveals he is contractually forbidden from divulging anything about the movie, reported Contactmusic.
"It can be annoying and intrusive," he said. "You get call sheets, there's no name, everybody's got a number! You're number 11. You're 33. You're looking at the call sheets wondering who's working today, and it's like, 'Oh, I loved 22's work. She's twice as good as 11'."
Mr Hamill, 64, said his advancing age has also made it more difficult to remember his lines as cast members are banned from taking scripts home. "I understand why they're doing it, but it can get really out of control with the pages that get shredded every day," he said.
"I'm in the elderly recluse stage of my career. I have to write cartoons in the margins to make me remember these lines. Need a script you can write on and take home and look and read! So they let me have one scene, and I keep it on my person."
Mr Hamill's fellow franchise veteran Carrie Fisher and The Force Awaken stars Daisy Ridley and Oscar Isaac will also return for the highly-anticipated Episode VIII, which will arrive in US theatres in 2017.
(Except for the headline, this story has not been edited by NDTV staff and is published from a syndicated feed.)