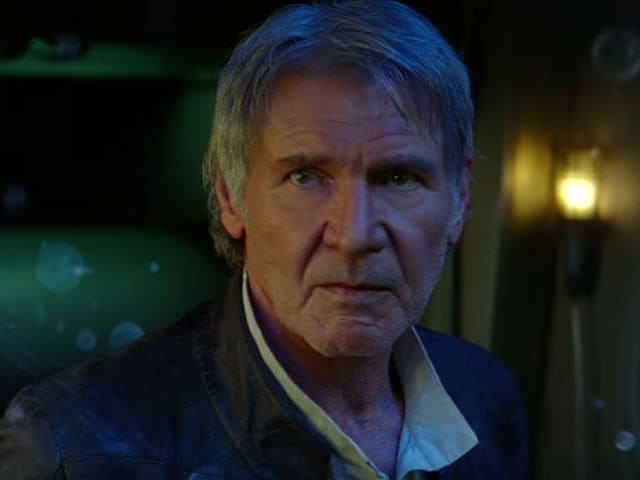 Early ticket sales for December's Star Wars: The Force Awakens broke IMAX records with more than $6.5 million for US screenings, the theatre chain said, while the trailer delivered a boost for ESPN's Monday Night Football.
IMAX Corp said Monday's presales for Star Wars: The Force Awakens far outpaced first day sales for 2012's The Dark Knight Rises and Avengers and 2013's Hunger Games: Catching Fire, all in the $1 million presale range.
The third trailer for Star Wars: The Force Awakens debuted during ESPN's Monday Night Football game between the Philadelphia Eagles and New York Giants, and garnered 15.9 million viewers during the halftime slot in which it aired in, the sports network said. (Also Read - The Force Awakens: Fans Crash Ticket Sites, New Trailer Goes Viral)
ESPN said it has been averaging 13.5 million total viewers this season for Monday Night Football.
As tickets for the December 18 film release went on sale, online ticketers Fandango and theatre chain Alamo Drafthouse suffered temporary outages as fans flocked to their sites. Alamo Drafthouse apologised for the "frustration and disappointment" on Twitter after customers were unable to purchase tickets.
Fandango said it "experienced unprecedented ticketing demand." The company declined to give ticket sales figures for Star Wars: The Force Awakens, but said it was eight times more than previous record holder, 2011's The Hunger Games. (Also Read: Star Wars VII Tickets to go on Sale Two Months Before Release)
Online ticketing site MovieTickets.com also declined to give sales figures but said Star Wars: The Force Awakens was the biggest first-day sales in its history and accounted for 95 per cent of tickets sold on the site in the past 24 hours.
While it is rare for tickets to go on sale two months ahead of a film's release, studios will do it for big fan-anticipated films.
Twitter said there were more than 17,000 tweets per minute when the trailer aired, and more than 1.1 million tweets about the trailer in the 12-hour period after it aired.
Facebook said 1.3 million people engaged in 2.1 million interactions within the first hour of the trailer release. The trailer has so far garnered more than 13 million views on YouTube and 8.8 million views on Facebook.
The two-and-a-half minute trailer was the longest look yet at Walt Disney Co's rebooting of George Lucas' beloved intergalactic franchise.
It gave a glimpse of the vast scope and characters the new film will explore, including the return of veterans Harrison Ford and Carrie Fisher, as well as newcomers Daisy Ridley, John Boyega and Adam Driver.