Abdullah Coldwater of Alexandria, Egypt, started the campaign accusing the site of giving "unjust bad reviews... and that affects people's opinion even if it's a really great (movie)." 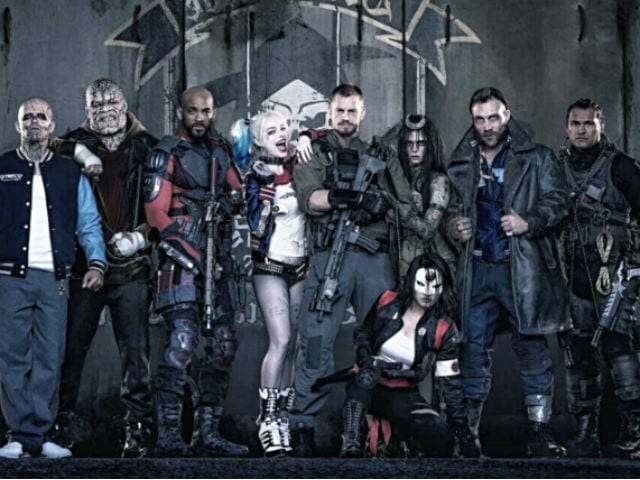 A still from the film Suicide Squad

Thousands of angry DC Comics fans are backing a petition calling for the closure of reviews aggregation website Rotten Tomatoes, after a lukewarm response to the supervillain blockbuster Suicide Squad.
A user calling himself Abdullah Coldwater of Alexandria, Egypt, started the campaign accusing the site of giving "unjust bad reviews... and that affects people's opinion even if it's a really great (movie)."
The petition at change.org had received almost 17,000 signatures by midday on Thursday.
Rotten Tomatoes works out the percentage of reviews that can be deemed positive. It does not offer its own critical assessment of movies.
Based on 88 reviews, it currently shows a 31 percent rating for the hotly anticipated Suicide Squad, which hits cinemas on Friday. 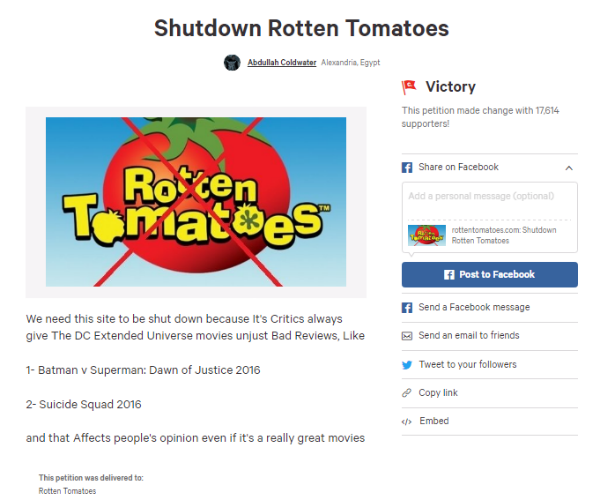 The film Stars Will Smith, Jared Leto and Margot Robbie as a band of deadly criminals recruited to execute dangerous black-ops missions, and has an average critical score of 4.9 out of 10.
"If you know someone you really can't stand - not someone you dislike, not someone who rubs you the wrong way, but someone you really loathe and detest - send that person a ticket for Suicide Squad," wrote Mick LaSalle of the San Francisco Chronicle.
Warner Bros. executives were hoping it would redeem the mistakes they made in March's Batman v Superman: Dawn of Justice - its heavily criticized predecessor in the DC Extended Universe (DCEU),by promising a lighter, more fun film.
"Suicide Squad boasts a talented cast and a little more humour than previous DCEU efforts. But they aren't enough to save the disappointing end result from a muddled plot, thinly written characters and choppy directing, the Rotten Tomatoes critical consensus reads.
The tepid response to David Ayer's film has piled further pressure on Warner to finally produce a film to match the critical success of rival studio Marvel's superhero universe.
April's Captain America: Civil War made more than $1.1 billion worldwide and has a 90 percent approval rating on Rotten Tomatoes, based on 320 reviews.
David defended the movie, quoting Mexican revolutionary Emiliano Zapata's famous line translated as "I'd rather die standing than live on my knees."
The phrase gained currency last year with the Islamist murder of 12 staff members of French satirical magazine Charlie Hebdo, whose slain editor Stephane Charbonnier had used it in an interview wih Le Monde.


Zapata quote is my way of saying I love the movie and believe in it. Made it for the fans. Best experience of my life.

What the critics think of Suicide Squad may not matter, however, if it manages to emulate the financial performance of its predecessors.
DC's Man of Steel (2013) managed 56 percent on Rotten Tomatoes while Batman v Superman is sitting on a woeful 27 percent rating - but the films made a healthy $1.5 billion between them.
(Except for the headline, this story has not been edited by NDTV staff and is published from a syndicated feed.)