Suicide Squad Trailer Reveals Just How Good Bad Can Be 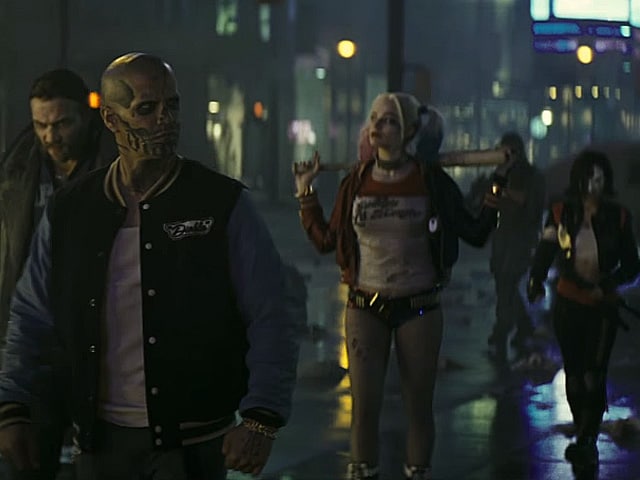 A still from Suicide Squad

Leaked, low-quality footage captured at the screening of the trailer at Comic-Con in San Diego last weekend forced Warner Bros to reveal the trailer ahead of the scheduled time

Warner Brothers has released the trailer of the much anticipated movie Suicide Squad in haste on July 14, prompted by leaked footage showing up online.
The trailer announces its intention "to assemble a task force of the most dangerous people on the planet" and introduces its band of unlikely saviours of the world - a motley crew of DC Comics' most notorious supervillains. All the while, a soaring version of the Bee Gees' song I Started a Joke plays on.
This league of extraordinary criminals includes Will Smith as Deadshot, Margot Robbie as Harley Quinn, Cara Delevingne as Enchantress and others. The most celebrated of the band appears at the very end to have the last laugh - Jared Leto as The Joker.
Leaked, low-quality footage captured at the screening of the trailer at Comic-Con in San Diego last weekend made the rounds on social media, forcing Warner Bros to reveal the trailer ahead of the scheduled time. This is what the makers of the movie posted on Twitter:

SUICIDE SQUAD Comic-Con First Look, making it official, the way you should see it #SuicideSquadhttps://t.co/cRvxhtjvoc

Sue Kroll, President of Worldwide Marketing and International Distribution of Warner Brothers, told Deadline, "Warner Bros Pictures and our anti-piracy team have worked tirelessly over the last 48 hours to contain the Suicide Squad footage that was pirated from Hall H on Saturday. We have been unable to achieve that goal. Today we will release the same footage that has been illegally circulating on the web, in the form it was created and high quality with which it was intended to be enjoyed."
Directed by David Ayer, Suicide Squad is slated to release in August 2016.
Watch: