Superman is coming back; this time with Batman 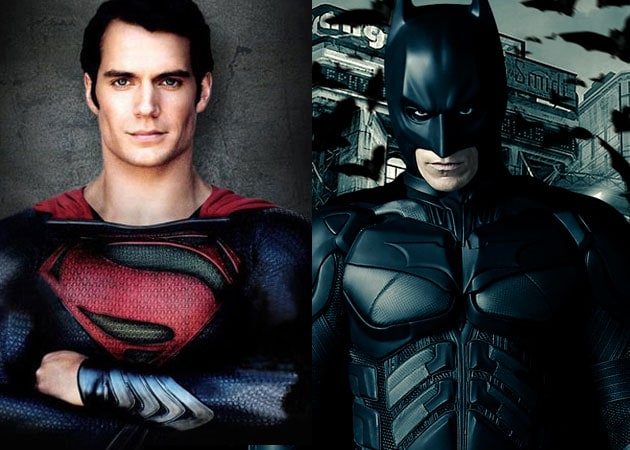 Man of Steel director Zack Snyder announced he is making another Superman film and it will include Batman.

Man of Steel director Zack Snyder made a surprise appearance at Comic-Con on Saturday to announce he is making another Superman film and it will include Batman - the first time the two superheroes will be united on the big screen.

Superman is coming back, and he'll have a caped co-star.
Man of Steel director Zack Snyder made a surprise appearance at Comic-Con on Saturday to announce he is making another Superman film and it will include Batman - the first time the two superheroes will be united on the big screen.
He declined to reveal many details, saying the script is just being written. He then invited an actor onstage to read a passage to hint at the story line.
"I am the man who beat you," read Harry Lennox, before an image of the Superman logo, backed by the Batman symbol, flashed on the screen.
Warner Bros confirmed the first-ever pairing in a statement.
Snyder reimagined Superman in his June blockbuster Man of Steel, featuring Henry Cavill and Amy Adams. The film has grossed more than USD 630 million worldwide.
Cavill and Adams will appear in the sequel, Warner Bros said.
Reaction to the news stunned Twitter and left fans at Comic-Con giddy.
"Personally, I love him," said Claudia Gomez, who was wearing a Batman T-shirt while her niece, Ana, wore a Superman shirt.
Gomez, who traveled to Comic-Con from Mexico City, said the pairing of both heroes left her optimistic about a new Superman film.
Benjamin Ha, who dressed as Superman to his wife's Wonder Woman, said bringing the two superheroes together will yield fireworks.
"They're both alpha males," he said.
Saturday's announcement about the film follows DC Entertainment's debut last month of the Greg Pak-written Batman/Superman comic, an ongoing monthly series illustrated by Jae Lee that was the top-selling title among comic books in June.
The book pairs the two characters together a time in their lives when they're both young and still adapting to being superheroes.
Superman and Batman have also been at odds in comic books, too. In Frank Miller's dark telling of The Dark Knight Returns, a four-issue mini-series from the 1980s, Batman came out of retirement while Superman became a tool of the federal government.
Production on the Superman sequel is set to begin next year. The film is expected to be released in the summer of 2015.