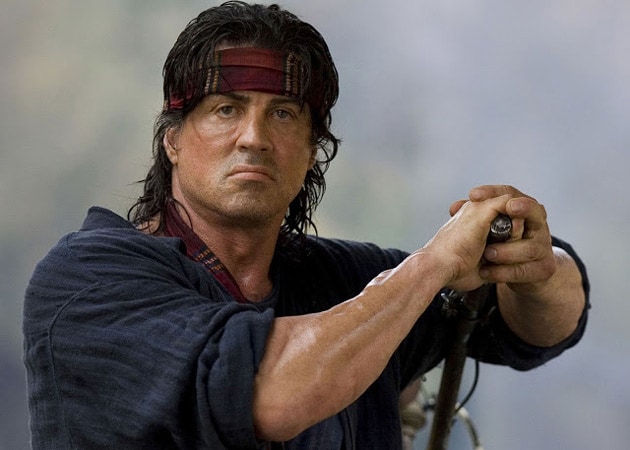 Hollywood actor Sylvester Stallone has revealed that he is preparing himself to begin shooting for Rambo 5.
The 68-year-old Expendables ringleader says he's starting to work out to get ready for his return as John Rambo in the fifth film. The last Rambo film came out in 2008, reported Ace Showbiz. (Also Read: He will reprise the role for TV too)
"I'm getting ready for Rambo 5. I'm starting to work out. I'm going to be appropriately vicious and all that stuff, but intellectual. A killer with a heart. Smart, yet stupid. Tall, yet short. Broad, but thin. You know what I mean. We're going to try to cover all the boundaries," Mr Stallone said.
In the next movie, John Rambo will face off a Mexican cartel. Mr Stallone previously described the new Rambo as "his version of No Country for Old Men."
Besides gearing up for Rambo 5,he is also expected to reprise his other iconic role as Rocky Balboa in a spin-off called Creed.