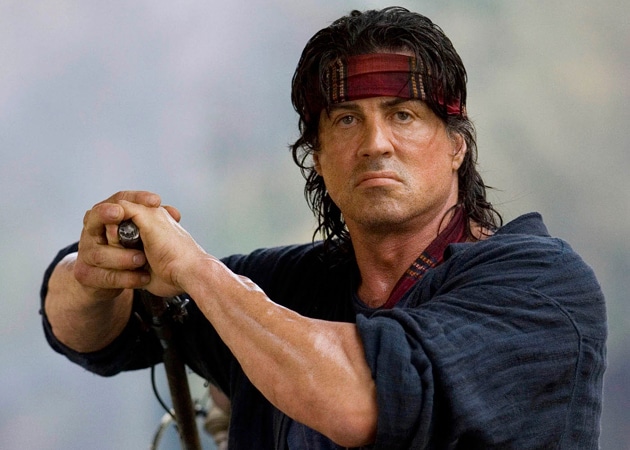 Actor-director Sylvester Stallone will play John Rambo for the fifth time.
Executives at German movie company Splendid Films have confirmed that Sylvester has started work on a fifth Rambo movie," reports femalefirst.co.uk.
A press release suggests that the action star is writing the screenplay and will once again star as the one-man army Rambo. (Also Read: Sylvester Stallone to reprise Rambo for TV)
The statement read: "With Rambo V, Sylvester Stallone returns in his iconic role. This time he goes up against a Mexican cartel. Stallone describes the new Rambo as his version of No Country for Old Men." The first film in the Rambo series, First Blood, was released in 1982. The last one was released in 2008.