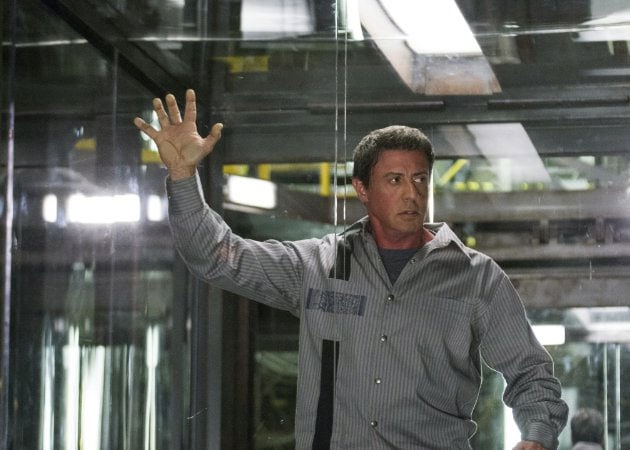 Sylvester Stallone in a still from Escape Plan.

Actor Sylvester Stallone will be seen mouthing Hindi words in his forthcoming movie Escape Plan.
The actor plays a structural engineer. As the story progresses, he gets falsely convicted and trapped in a jail which he had designed and no man can break.
Stallone has used Hindi words like kaise ho, Pyaar and Ziddi to communicate the plan to escape from the jail. PVR Pictures, which is distributing the film in India, confirmed the news.
Stallone had his stint with Bollywood when he starred along with actor Akshay Kumar in the 2009 movie Kambakkht Ishq.
Directed by Mikael Hafstrom, the movie is releasing on October 18 and also stars Arnold Schwarzenegger.