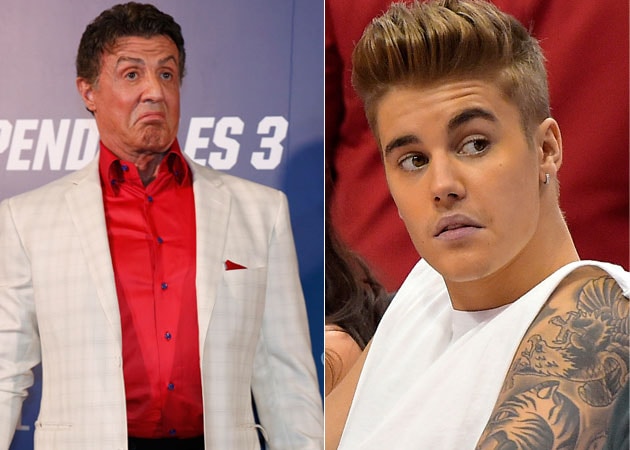 Pop star Justin Bieber is reportedly being considered for a negative role in the next installment of the Expendables franchise.

Pop star Justin Bieber is reportedly being considered for a negative role in the next installment of the Expendables franchise.

Hollywood star Sylvester Stallone, who has starred in all three parts of the series, liked the idea of Justin, 20, playing the villain in the next film, reported the Daily Star.

Mr Stallone, 68, apparently wants to 'freshen up' the series by using younger actors. The star thinks bringing in Justin would assure the movie's success, given the singer's popularity, a source said.

The Expendables star Randy Couture, however, does not think Justin will suit the character.

"Honestly, I just don't see that (singer in the film)," he said but Mr Stallone is reportedly not bothered about his displeasure. "Sly is not ruling out having Justin on board, even though it has unsettled some of his cast mates," the source said.