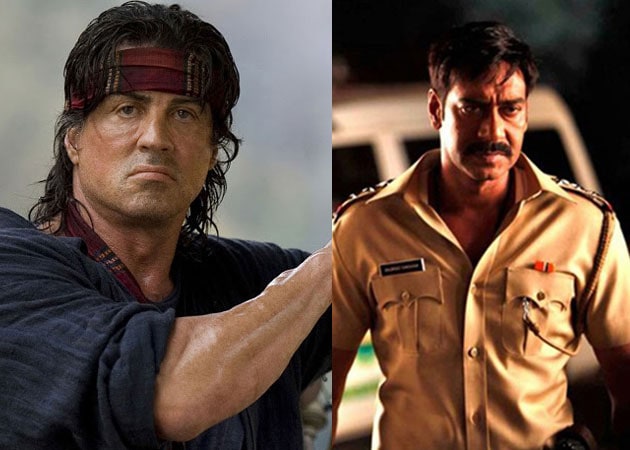 To avoid box office clash with Ajay Devgn's Singham Returns, the release date of Sylvester Stallone's The Expendables 3 was moved to August 22.

The Expendables 3 will release in Hindi, Tamil and Telugu, other than English, in India on August 22.

Sylvester Stallone's The Expendables 3 is set for Friday release in India and the Hollywood action star wishes "luck" to "Indian Rambo" Ajay Devgn and his new film Singham Returns.
The two films were supposed to hit the screens on August 15, but the face off was averted.
"I think we are releasing against the Indian Rambo in India. Best of luck to Singham and Ajay Devgn," the Rambo star said in a statement.
The Expendables 3 will release in Hindi, Tamil and Telugu, other than English, in India on August 22.
Singham Returns, on the other hand, has already minted Rs.53.14 crore in the first two days of its release.