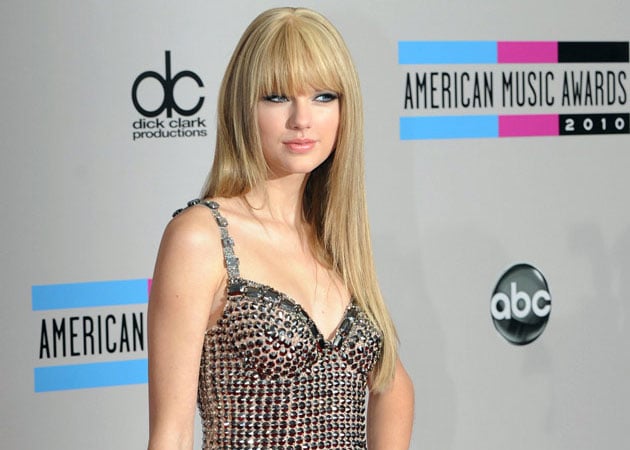 Taylor Swift may also be joined by Adele and David Beckham in cameo appearances.

Country singer Taylor Swift has reportedly landed a role in Matthew Vaughn's The Secret Service, based on the Mark Millar comic books.

Country singer Taylor Swift has reportedly landed a role in Matthew Vaughn's The Secret Service, based on the Mark Millar comic books.
The 23-year-old singer joins a stellar cast including Colin Firth, Samuel L Jackson and Michael Caine in the spy movie, reported Daily Mirror.
Former football star David Beckham, singer Elton John and Adele are also in talks for a cameo in the movie.
"Filming commences in October and will shoot mainly in London and south of France. Matthew looked at a number of actresses to play the part before settling on Taylor - apparently she was a natural on the big screen," a source said.
"It will be Taylor's biggest challenge to date but she cannot wait. She is also looking forward to working with David Beckham whom she thinks is amazing looking - but taken," the source added.
The film is set to release next year.