The Angelina Jolie, Brad Pitt Story Began and Ended With These Two Films

"We just became kind of a pair. And it took until, really, the end of the shoot for us, I think, to realize that it might mean something more than we'd earlier allowed ourselves to believe," Angelina told Vogue in 2006 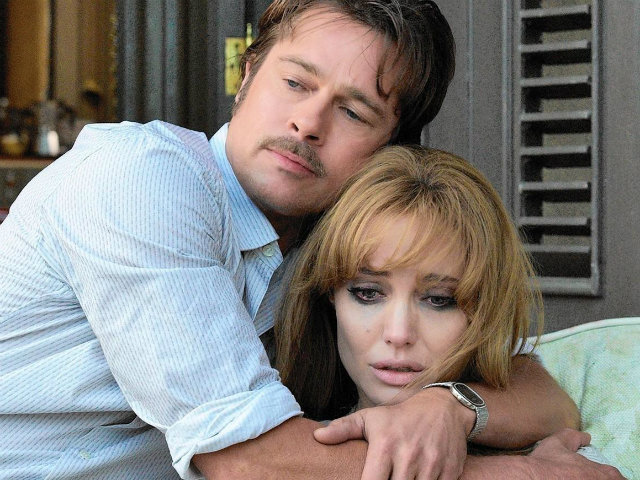 Angelina Jolie, Brad Pitt in a still from By the Sea.

For Angelina Jolie and Brad Pitt, it started with tequila and dancing in the rain in Bogota and ended on the French seaside with white wine, pills and tears.
Hollywood's most storied modern couple only appeared together twice in movies. The first time was in 2005's Mr & Mrs Smith, when they fell in love. A decade later, By the Sea came just a year before their relationship approached an end with Angelina filing for divorce. Both times they played a childless husband and wife whose passion had turned to resentment.
Their real life together was full of public declarations and displays of love, children, philanthropy, humanitarian work and glamour. In the movies, though, their surface beauty was only a mask for the rot and boredom underneath. Still, even through tears and gunfire, they always smouldered.
"You can absolutely madly love the same person you want to kill," Angelina said in 2015, seated on a silk-sheeted bed next to Brad on the set of By the Sea, filmed on their technical honeymoon, but it could have easily been about either. In Mr & Mrs Smith, they actually try to kill each other after all.
It was a strange story to fall in love to, but not uncommon in the entertainment industry. Brad was married to Jennifer Aniston when he met Angelina. She had already been married twice, to Billy Bob Thornton and Jonny Lee Miller.
"We just became kind of a pair. And it took until, really, the end of the shoot for us, I think, to realize that it might mean something more than we'd earlier allowed ourselves to believe," Angelina told Vogue in 2006.
Monday's divorce filing comes after 12 years together and two years of marriage. The couple wed in August 2014, privately at their French chateau in the Provence hamlet of Correns with their children serving as ring bearers and throwing flower petals.
An attorney for Angelina, Robert Offer, said Tuesday that her decision was made "For the health of the family." She is petitioning for physical custody of 15-year-old Maddox, 12-year-old Pax, 11-year-old Zahara, 10-year-old Shiloh, and 8-year-old twins Knox and Vivienne, with visitation rights for Brad, who said in a statement to People magazine that he is "saddened" by the turn of events.
"What matters most now is the well-being of our kids," Brad said, requesting privacy for the children.
The tabloid origins would always at least partially define "Brangelina." But after the media upheaval, Angelina and Brad eventually settled into their own unique kind of globe-trotting domesticity. They were seldom-seen Hollywood Royalty and their image predicated more on parenting than partying.
The pair adopted children from Cambodia, Vietnam and Ethiopia. In 2006, they formed the Jolie-Pitt Foundation, to which they funnelled many of the millions they made selling personal pictures to celebrity magazines.
Angelina, who became special envoy for the United Nations in 2012, was an outspoken voice for refugees, as well as for breast cancer treatment after undergoing a double mastectomy herself. Brad built homes in New Orleans for victims of Hurricane Katrina.
Both expanded creatively, too, but mostly separately, Jolie Pitt as a burgeoning and ambitious director of both war epics like Unbroken, and languid melodramas like By the Sea, and Brad as a producer of socially relevant films through his Plan B production company, including the Academy Award-winning 12 Years a Slave, last year's The Big Short and the recently debuted festival hit Moonlight.
By the Sea, which Angelina wrote while grieving for her mother, who died in 2007, was sold nonetheless as the big on screen reunion of the couple who changed tabloid culture and our expectations of what exactly is possible on a movie set just 10 years earlier. But it fizzled with critics and audiences, making a mere $538,000 at the box office domestically. The Mr & Mrs Smith spark that enveloped its own stars and titillated audiences to the tune of $186.3 million, domestically had given way to something infinitely more real.
"When we first worked together it was very different because we didn't really know each other and we were young and, it was really a fun film, so we thought, maybe By the Sea was going to be that kind of fun, but realized very quickly that it wasn't," Angelina told The Telegraph in 2015. "Then we joked that this is what happens after 10 years of marriage," she added.