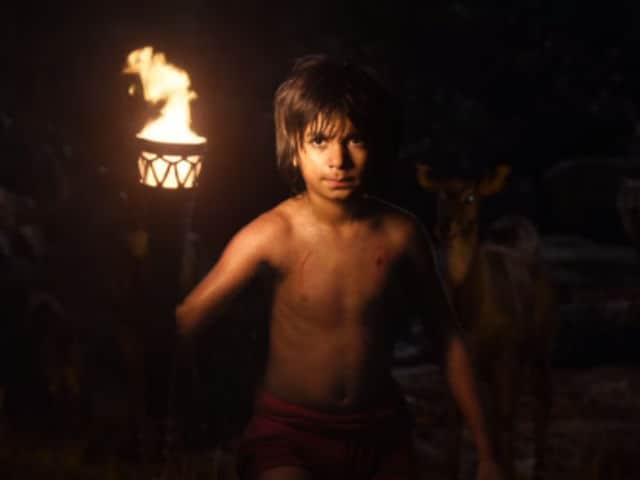 A still from the trailer of Jungle Book

Priyanka Chopra will voice the python Kaa. Irrfan Khan will dub for Baloo. Shefali Shah will be the desi voice of the wolf Raksha. Om Puri and Nana Patekar will provide their voice to Bagheera and the villainous tiger Shere Khan. The Jon Favreau-directed film releases in India on April 8

Actors Irrfan Khan, Priyanka Chopra, Nana Patekar, Shefali Shah and Om Puri will voice the characters of Hollywood film The Jungle Book for its Hindi dubbed version. (Also Read: Shere Khan vs Bagheera in Jungle Book Trailer. The Prize is Mowgli)
Disney India has roped in the actors for the film, which stars Indian-American actor Neel Sethi as Mowgli, and will be releasing in India on April 8 -- a week ahead of its release in the US.
Priyanka, who has become popular abroad with American TV show Quantico and has landed a role in Baywatch, will be infusing life to the soft and hypnotic voice of the python Kaa, voiced by Scarlett Johansson in the English version.
Irrfan, known for his versatile roles in Piku and Life of Pi, will voice the friendly bear Baloo, which is dubbed by Bill Murray in the international version.
Dil Dhadakne Do actress Shefali Shah will dub for Mowgli's the wolf Raksha. Om Puri will voice the black panther Bagheera.
The studio has also approached Nana Patekar to once again lend his voice to Shere Khan, a character he had dubbed for in the early 1990s in Doordarshan's animated TV series the Jungle Book: The Adventures of Mowgli.
"The Jungle Book is so very special to India, and we want our audience to enjoy Disney's all-new live-action adaptation. We wanted nothing but the best for the Hindi version of the film," said Amrita Pandey, vice-president - Studios, Disney India.
"We are so excited to have such veterans and A-list actors come together to voice and bring alive these beloved characters making it like a hi-scale Hindi film," she added.
Directed by Jon Favreau, the film brings a story straight from the enchanting forest of India and presents a modern take on Rudyard Kipling's timeless classic, originally published in 1894.
(This story has not been edited by NDTV staff and is auto-generated from a syndicated feed.)