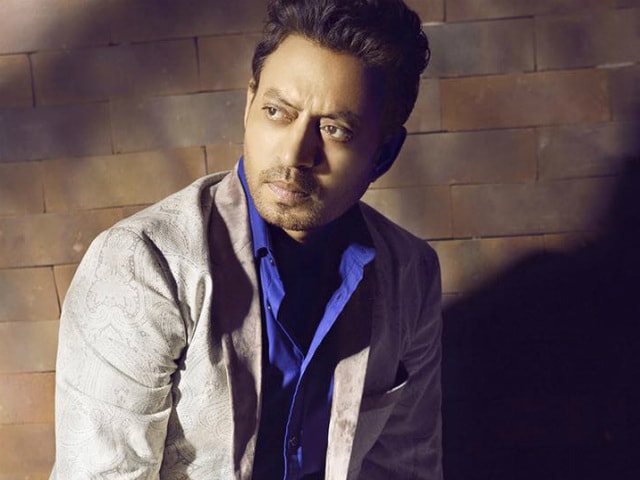 "We're a bit frustrated because I have a number of very huge scenes to work with Irrfan, but we haven't gotten to them yet and, as it is now, we've done, I don't know, six or seven scenes with him and he's only had one line to say," he said

Hollywood superstar Tom Hanks believes his Inferno co-star Irrfan Khan has a physicality which is very endearing.
Mr Hanks is returning as symbologist Robert Langdon for another adventure in director Ron Howard's big screen adaptation of Dan Brown's Inferno where the Indian star, 48, will play the role of the Harry Sims or the Provost, the head of a mysterious organisation, the Consortium.
"I'm just beguiled by his magic eyes. He has a physicality to him that is so specific and endearing," Mr Hanks said about Irrfan at Sony's press event in Cancun, Mexico.
The 59-year-old actor was yet to shoot his scenes with Irrfan but he was all praise for the Indian star.
"We're a bit frustrated because I have a number of very huge scenes to work with Irrfan, but we haven't gotten to them yet and, as it is now, we've done, I don't know, six or seven scenes with him and he's only had one line to say. So, I wonder if he can actually string together more than a few phrases. I'm confident that he can, but that will remain to be seen," Mr Hanks said. (Also Read: Tom Hanks Wants 'Few More Scenes' With Inferno Co-Star Irrfan Khan)
The director, however, assured fans that Irrfan has important scenes in the movie.
"We've done a few scenes where he does nothing but talk. Tom just hasn't been in those yet," he said, to which Mr Hanks quipped, "Yeah, I call those, 'days off'."
Mr Howard said that Irrfan had specifically asked about Sims' role when he first spoke to him.
"His value is his artistry. He's a tremendous actor and I've been a fan for a long time. And when I spoke to him about the movie, he specifically asked about the role of Sims. Now, Irrfan does not fit the description of the character as written in the book, but his case for himself, his creative ideas about playing Sims completely won me over and he's an absolute pleasure to work with and incredibly intelligent," said the director.
Sony Pictures India recently released a picture of Irrfan and Mr Hanks together.
Mr Hanks and Howard have previously worked together on The Da Vinci Code as well as Dan Brown's Angels and Demons.
Inferno, as the name suggests, revolves around Italian poet Dante Alighieri's Divine Comedy. In the film, Robert Langdon is racing against time to solve the mystery hidden in Dante's poetry to save the world from a deadly artificial plague.
The movie also stars British actress Felicity Jones, Ben Foster, Omar Sy and Sidsey Babett Knudsen. Inferno will release on October 14, 2016.