This is Happening: Top Gun 2 and Tom Cruise as Maverick 2.0 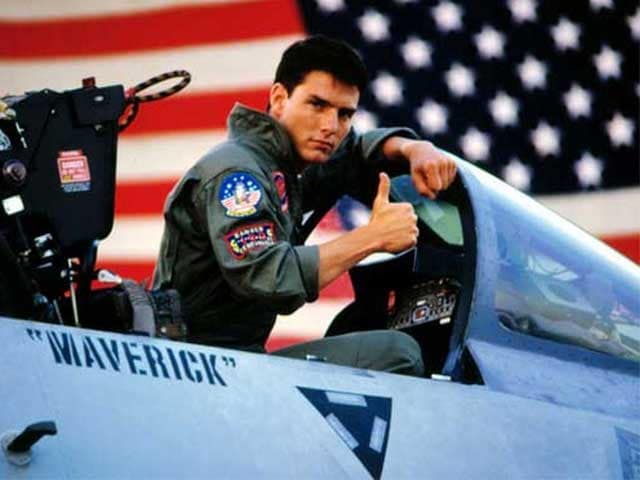 Tom Cruise in a still from Top Gun

The now 50-plus Tom Cruise's Maverick 2.0 will operate in a world of "drone technology and fifth generation fighters," revealed producer David Ellison

Yes, there will be a sequel to Top Gun and yes, Tom Cruise will return as Maverick.
Producer David Ellison is quoted by Collider as saying: "Justin Marks is writing the screenplay right now. He has a phenomenal take to really update that world for what fighter pilots in the Navy has turned into today. There is an amazing role for Maverick in the movie and there is no Top Gun without Maverick, and it is going to be Maverick playing Maverick. It is I don't think what people are going to expect, and we are very, very hopeful that we get to make the movie very soon. But like all things, it all comes down to the script, and Justin is writing as we speak."
Tom Cruise played Lt Pete 'Maverick' Mitchell in the 1986 blockbuster, directed by Tony Scott. Other key roles were played by Kelly McGillis, Val Kilmer and Anthony Edwards with Meg Ryan, then just starting out, in a small part. There is no word yet on who, if anyone, else will return for the sequel although Mr Edwards will certainly not be in thecast, as his character died in the original movie.
Talk of a sequel surfaced in 2010 and it was reported that Tom Cruise and Tony Scott were scouting for locations. However, after Mr Scott committed suicide in 2012, the fate of the film has been uncertain.
The now 50-plus Tom Cruise's Maverick 2.0 will operate in a world of "drone technology and fifth generation fighters," Mr Ellison said and confirmed that the sequel would be made in 3D.