This New Pokemon is 'Uncatchable, Bad Ass.' It's Dwayne 'The Rock' Johnson

Pokemon Go fans, can you catch the 'uncatchable' PokeRock? It might be the hardest thing you've ever done because PokeRock is inspired by Dwayne Johnson 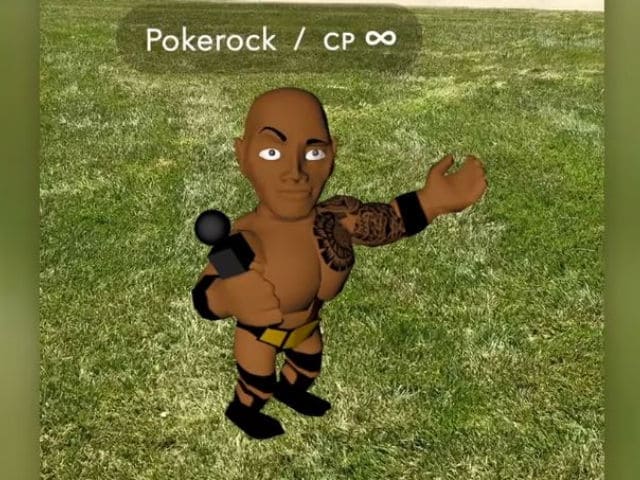 A still from the video posted on YouTube by The Rock

Pokemon Go fans, can you catch the 'uncatchable' PokeRock? It might be the hardest thing you've ever done because PokeRock is inspired by Dwayne Johnson. And he Rocks.
Now he PokeRocks.


Warning to all your Pokeman Go players out there. POKEROCK HAS ARRIVED! He's rare, uncatchable, bad ass and talks shit. LINK IN MY BIO for the full anime vid and documented sighting of the elusive and friendly #PokeRock. Special thanks to @MatPatGT and @Alia for attempting to catch him and above all joining me to have some FUN. And how bout our new dope and funny as hell PokeRock theme song? Need to thank the ORIGINAL voice of the Pokemon theme song himself, @JasonPaige for that! Have fun out there everyone and good luck catchin' them ALL! Except PokeRock of course because he will f*ck your day up and call you an a**hole! #PokeRock #SevenBucksDigitalStudios

Now, The Rock was not kidding when he says PokeRock is "uncatchable and bad ass." He can escape the Great Ball, which can capture most notorious Pokemons.
He also wasn't joking when he said he wants to be the best. PokeRock's most ruthless move is stealing a trainer's item - and then he says "Can you Smell-lll-ll what The Rock is catching?"
Here's what happened when two frenzied Pokemon Go players - NatPat and Alia-A - tried catching PokeRock:
(Viewer discretion advised. Some content in this video may be unsuitable for children.)

The Rock thanked everyone involved in taking this global sensation forward. "It is incredibly successful, highly addictive and so much fun. Good luck for the world of Pokemon Go. Good luck catching them all in the world of Pokemon Rock."
Dwayne Johnson, 44, will be soon seen in Baywatch, which stars homegirl Priyanka Chopra as the antagonist. Directed by Seth Gordon, the film also stars Zac Efron and Alexandra Daddario.