To Alan Rickman, With Love and Respect From Harry, Ron, Hermione 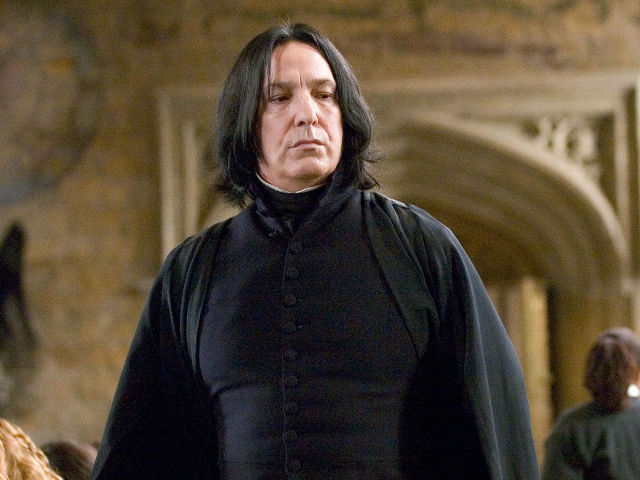 Alan Rickman as Professor Snape in a still from Harry Potter

Professor Snape may have scared the bejesus out of most of his Hogwarts pupils but between takes, he couldn't have been kinder. As fans raised their wands to honour Alan Rickman, his colleagues from the franchise paid tribute to their late co-star. Here are tributes from those who took Potions lessons from the Half-Blood Prince

British star Alan Rickman, 69, lost a battle with cancer on January 14 and his death left a generation of Harry Potter fans grieving for Severus Snape, the actor's best-loved role other than his iconic performance as Die Hard's terrorist Hans Gruber.
As fans raised their wands to honour the Half-Blood Prince, Mr Rickman's colleagues from the blockbuster franchise paid tribute to their late co-star. Among them were Professor Snape's students Harry, Ron and Hermione.
Daniel Radcliffe, Harry Potter
On his Google plus page, Daniel, now 26, wrote about the "lessons" he will "carry for the rest of my life and career."
"People create perceptions of actors based on the parts they played so it might surprise some people to learn that contrary to some of the sterner(or downright scary) characters he played, Alan was extremely kind, generous, self-deprecating and funny. And certain things obviously became even funnier when delivered in his unmistakable double-bass," he wrote.
Read his full post here:

Daniel also shared some behind-the-scenes trivia from the shoot of Harry Potter and the Goblet of Fire:


I'm very sad to hear about Alan today. I feel so lucky to have worked and spent time with such a special man and actor. I'll really miss our conversations. RIP Alan. We love you

Now 25, Emma is a campaigner for women's rights and tweeted this quote on feminism from Mr Rickman:

Rupert Grint, Ronald Weasley
If Harry and Hermione disliked Snape, Ron's feelings veered towards pure hate. Rupert, 27, told Just Jared, "I am devastated to hear about the passing of Alan Rickman, I feel so privileged to have had the opportunity to work with him on numerous occasions - Even though he has gone - I will always hear his voice. My thoughts are with his friends and family at this time."
J K Rowling
The creator of Harry Potter world persuaded Mr Rickman to play Professor Snape by letting him know that there is "more to Snape than an unchanging costume." She tweeted:


There are no words to express how shocked and devastated I am to hear of Alan Rickman's death. He was a magnificent actor & a wonderful man.

My thoughts are with Rima and the rest of Alan's family. We have all lost a great talent. They have lost part of their hearts.

Sir Michael Gambon, Professor Dumbledore
Sir Michael shared jot just screen space with Alan Rickman but also the stage. He told BBC Radio 4: "Everybody loved Alan. He was always happy and fun and creative and very, very funny. He had a great voice, he spoke wonderfully well. He was intelligent, he wrote plays, he directed a play. So he was a real man of the theatre and the stage and that's how I think of Alan."
Ralph Fiennes, You-Know-Who
The Dark Lord, who trusted Snape beyond his other Death Eaters, killed him for what he thought was his gain. Off-screen, they shared a great friendship. Ralph Fiennes spoke to TIME magazine: "Alan was a dear friend, a friend to many and deeply supportive of the work of other actors. I cannot believe he is gone and we are the poorer for it. But his spirit and great generosity live on the hearts of everyone who knew him - and of course in his brilliant work. A unique Actor - Funny, acutely perceptive, extraordinarily loyal and giving - Alan cared."
Emma Thompson, Professor Trelawney
Emma Thompson had a long association with Alan Rickman, starring with him in Sense And Sensibility and Love, Actually before becoming co-faculty in the Harry Potter films. He cast her, as well as her actress mother Phyllida Law, in the first film he directed, The Winter Guest. Ms Thompson wrote a moving obituary for her 'dear friend' in The Newsweek:
"Alan was my friend and so this is hard to write because I have just kissed him goodbye. What I remember most in this moment of painful leave-taking is his humor, intelligence, wisdom and kindness. His capacity to fell you with a look or lift you with a word. The intransigence which made him the great artist he was-his ineffable and cynical wit, the clarity with which he saw most things, including me, and the fact that he never spared me the view. I learned a lot from him. He was the finest of actors and directors. I couldn't wait to see what he was going to do with his face next. I consider myself hugely privileged to have worked with him so many times and to have been directed by him. He was the ultimate ally. In life, art and politics. I trusted him absolutely. He was, above all things, a rare and unique human being and we shall not see his like again."
Jason Isaacs, Lucius Malfoy
Snape's fellow Death Eater tweeted poignantly:


Heartbreaking news about lovely Alan. Nobody else could be as hilarious, tragic, terrifying & truthful all at the same time #RIPAlanRickman

Also in mourning were the Professor of Charms and Snape's Order of the Phoenix colleague, Tonks:
Warwick Davis, Professor Flitwick


So terribly sad to hear of the passing of Alan Rickman. Honoured to have shared the screen with him. #Marvin#Snape He'll be sorely missed.


I can't believe Alan Rickman's dead. What?! Such an incredible actor, such a loss. R.I.P

Professor Snape may have scared the bejesus out of most of his Hogwarts pupils but between takes, he couldn't have been kinder. Here are tributes from those who took Potions with Harry, Ron and Hermione.
Matthew Lewis, Neville Longbottom


I was at Leavesden Studios today when I heard the news. As I walked through the canteen I thought of Alan queuing up for his lunch with us mere mortals. I recalled the trailer in which he offered me some of the greatest advice I ever received about this mad profession we shared. Being back in those corridors made me remember a lot of things and I will treasure those memories all my life. He inspired my career more than he ever knew and I'll miss him.


Alan. The energy shifted every time you walked onto set. You were an inspiration to us all. RIP


Terribly sad news about the passing of Alan Rickman. A funny and engaging person who put a shy young actor at ease when I was on HP.

Shocked & sad to hear Alan Rickman has passed away. One of the nicest actors I've ever met.Thoughts and prayers with his family at this time


Am not prepared for a world without Alan Rickman. Such a beautiful soul. He was so kind & generous in the moments he wasn't Snaping about.

I'll also never forget how scary it was to accidentally bump into him as Snape. And how he made us love Snape so much!Rest in peace, Alan.


Such terrible news. And reading about him now makes me want to BE and DO better in everything. Thank you sir. #RIPAlanRickman


Just had awful news of Alan Rickmans death. Utterly devastated. Nothing more to say at this time.


From our random convos to your love of scrambled eggs to you scaring me as Snape on set-Thank you. #RIPAlanRickmanpic.twitter.com/0L2XrjzyFz