Doctor Strange has Benedict Cumberbatch play the unpredictable and intriguing neurosurgeon Stephen Strange, who after a horrific car accident, discovers the hidden world of magic and alternate dimensions 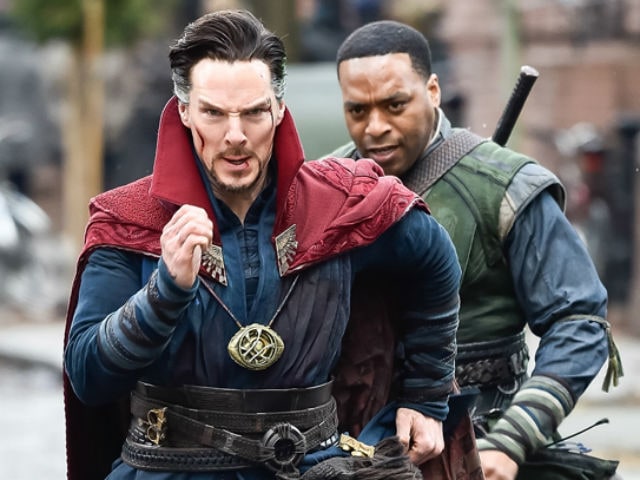 A still from Doctor Strange

It's time for a 'Marvel-tastic' superhero Friday as Benedict Cumberbatch entry into the universe begins with this week's release Doctor Strange.
Produced by Marvel Studios and distributed by Walt Disney Pictures, Doctor Strange has Benedict play the unpredictable and intriguing neurosurgeon Stephen Strange, who after a horrific car accident, discovers the hidden world of magic and alternate dimensions. Benedict himself has compared the character to his super-sleuth Sherlock in the BBC series of the same name. The film features an ensemble cast including Chiwetel Ejiofor, Rachel McAdams, Benedict Wong, Michael Stuhlbarg, Benjamin Bratt, Scott Adkins, Mads Mikkelsen and Tilda Swinton, and boasts of top-notch special effects. Post Doctor Strange, Benedict will reprise the role in Avengers: Infinity War and with a small appearance in Thor 3.
Hollywood also gives us the colourful Trolls, featuring the voices of Anna Kendrick and Justin Timberlake. The unique buddy comedy revolves around two trolls on a quest to save their village from destruction by the 'Bergens,' creatures who devour trolls.
Unfortunately, Bollywood enthusiasts will have their plates empty this week. The regional line-up, however, does have the name Priyanka Chopra attached to it with her debut production Ventilator. The Purple Pebble Film features the who's who of Marathi actors headlined by filmmaker Ashutosh Gowarikar (who has directed Priyanka in What's Your Raashee?). The dramedy revolves around the concept of familial bonds, and promises an equal measure of laughter and tears for the viewer.