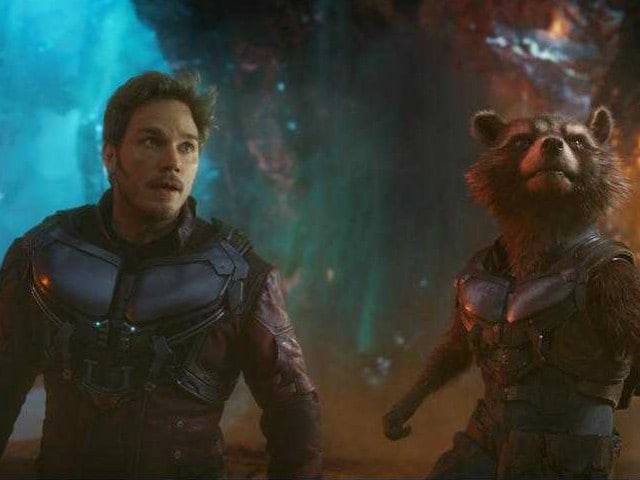 A still from Guardians Of The Galaxy Vol 2

Hollywood film Guardians Of The Galaxy Vol 2 hits the screens today. In the new Marvel film, Peter Quill aka Star Lord meets his biological father Ego and learns about his devious intentions. Star Lord, played by actor Chris Pratt fights his father to protect the galaxy from a disastrous fate - after all he one of the 'Guardians of the Galaxy.' Gamora, played by Zoe Saldana, Bradley Cooper as Rocket, Groot (Vin Diesel) and Drax played by Dave Bautista help Star Lord in his quest to protect the galaxy from Ego's monstrous plan. Gamora meets her estranged sister Nebula (Karen Gillian) and they reluctantly call a truce.
Guardians Of The Galaxy Vol 2 is one of the most awaited Hollywood films of the year. It is the first of two Marvel film's releasing this year. Thor: Ragnorok will release November. The upcoming Avengers film, titled Infinity War will also have a cross over with Guardians Of The Galaxy Vol 2.
Meanwhile, Mantostaan, directed by Rahat Kazmi, also releases today. The film based on the partition of India is an adaptation of four stories by Sadat Hussain Manto. Rahat Kazmi's film's plot is told through Thanda Gosht, Khol Do, Aakhri Salute and Assignment in non-linear progression.
Mantostaan stars Raghubir Yadav, Veerendra Saxena, Shoaib Nikash Shah and Sonali Sehgal in lead roles.
Mantostaan premiered at the Cannes film market last year in May 2016. The film was later showcased at several international film festivals, such as the San Francisco International Film Festival and the Melbourne Film Festival.