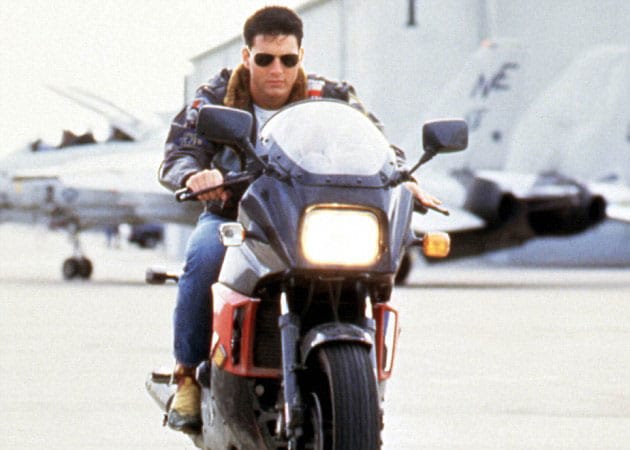 Tom Cruise in a still from Top Gun.

Actor Tom Cruise says that he narrowly escaped a serious injury during his childhood when he tried to emulate a stunt by Evel Knievel.

Actor Tom Cruise says that he narrowly escaped a serious injury during his childhood when he tried to emulate a stunt by Evel Knievel.
The 51-year-old was a big fan of the stuntman and decided to recreate one of Evel's famous canyon jumps, reports contactmusic.com. (Also read: Tom Cruise to beat drones in Top Gun 2? )
"I saw Evel Knievel jumping off a canyon and I lived on a steep hill so set up boards and trash cans to copy him. I was about eight years old and my sisters begged me not to do it, as I had been to the hospital a few times by this point," said Tom Cruise.
Tom Cruise set up ramps so he could leap over several trash cans on his pushbike, but his speedy descent down a steep hill and ended in disaster. When he careered into the bins and was left covered in blood on the sidewalk. (Also read: Tom Cruise allegedly sued for $1 billion over Mission: Impossible 4 script )
"I realised halfway down the hill that I couldn't stop and it was too late to bail - I was committed and I thought I'm going to go so far and so high but of course the boards split and I ended up just pile-driving through the cans. It was violent and there was blood everywhere," he added.