Tom Cruise: Mission: Impossible 5 is About Complications of Friendship 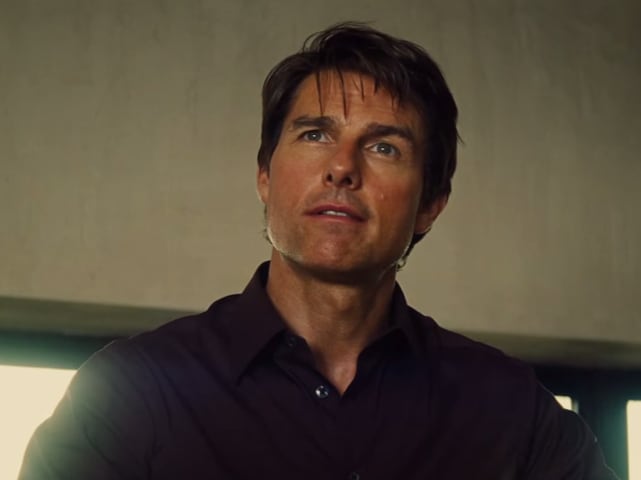 Tom Cruise in a still from Mission: Impossible - Rogue Nation.

"I think Rogue Nation is about finding that intimate aspect of true teamwork in the face of pure evil," the 53-year-old actor said in a statement

Actor Tom Cruise, who is all set for the release of his forthcoming action film Mission: Impossible - Rogue Nation, says the fifth instalment in the Mission: Impossible franchise will focus more on the "complications of friendship" and teamwork among the Impossible Mission Force (IMF) team.
"This instalment is about the complications of friendship that happen when enormous pressure comes down on these guys. Who do you trust and who should you not trust? Who is really going to be there for you when the chips are down? Who is going to keep their head under fire? And how can they work together to make things happen? I think Rogue Nation is about finding that intimate aspect of true teamwork in the face of pure evil," the 53-year-old actor said in a statement.
While the previous film in the Mission: Impossible series saw protagonist Ethan Hunt (Tom Cruise) transforming from a lone wolf to a team leader, Mission: Impossible - Rogue Nation will witness him hone his newfound leadership skills under fire. Hunt must keep the IMF team from fraying, even while he's trying to keep the world safe from The Syndicate.
"In this film, Ethan and his team come up against a terrifying villain who is a match for them; someone who challenges them physically, intellectually and emotionally. Right from the film's first moments, Ethan and the team are on their toes, desperately moving from one situation to the next. The action is gripping but true to Mission: Impossible, within the suspense, and there's a lot of humour and romance," the Edge of Tomorrow star added.
Releasing on August 7, Mission: Impossible - Rogue Nation is produced by Skydance and will be distributed in India by Viacom18 Motion Pictures.
Dana Goldberg, chief creative officer of Skydance, said that for Mr Cruise, essaying Hunt is something that he considers as an evolution.
"Tom always has a high bar of excellence in everything he does, but I think it is even higher when it comes to Mission: Impossible. He approaches Ethan by asking, 'What is the real way that Ethan Hunt would respond given this situation and under this amount of pressure?' That's one of the things that Ethan has always been good at, handling extreme pressure that never relents. But Tom also is revealing Ethan as a bit older and smarter, a spy who has grown up in some ways, who has come to accept what his role is and what the costs are. He's a man who has learned to truly rely on his team, and he's learned to reach out. You can feel the synergy between character and actor," Mr Goldberg said.
As the brains and heart behind the entire franchise, Cruise's total commitment is not just to the role and to the stunts, but equally to the filmmaking, says Don Granger, executive vice president of production house Skydance.
"It's so impressive that in the middle of a Mission: Impossible movie, which has the most demanding stunts and the most physically exhausting schedule for Tom, he not only gives an amazing performance as Ethan, but he's also there all day and all evening after we shoot. He's always involved in an incredibly productive way with the big picture of the movie," Mr Granger said.