Tom Cruise's The Mummy Trailer Is Viral. But Not Everyone's Pleased 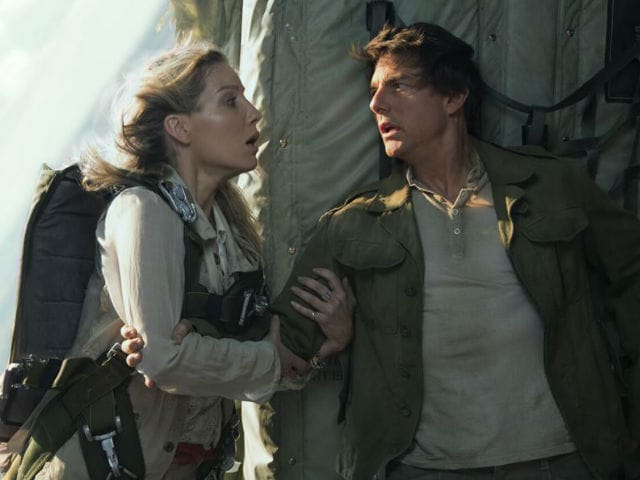 Tom Cruise and Annabelle Wallis in The Mummy

Tom Cruise's latest meta-adventure has gone viral. The trailer of his new monster movie The Mummy has been watched over 9 million times since it was released early Monday. This number doesn't necessarily indicate approval, however. Comments on the YouTube post of the video range from 'I love Tom Cruise' to scathing attacks on the actor's screen reputation like 'I had no idea The Mummy was an action movie now with so many explosions.' The Mummy, expected to be one of next year's summer blockbusters, is an update of the several mummy movies that have enriched Hollywood and marks the first film in a series that will focus on the classic monsters - The Invisible Man, Dracula and Frankenstein's Monster included.
Some of those who aren't overly impressed by Tom Cruise's The Mummy want to know why actor Brendan Fraser isn't in it. The 48-year-old actor was the star of the most recent mummy films, a hugely successful trilogy that was made between 1998 and 2008. Why has Brendan Fraser been replaced with Tom Cruise, Twitter asks.


BRING BACK BRENDAN FRASER OR WE RIOT #NotMyMummy


@TomCruise I've thought bout the trailer now for a day. He stunts look great but this looks mission impossible not Mummy. No humor?

The Mummy stars Tom Cruise, 54, as a character named Nick Morton who is seen waking up in a body bag after a military operation to fly the titular mummy in its sarcophagus to America. The Mummy, unlike in previous Hollywood films, is female - an ancient princess named Ahmanet who will "claim what she has been denied," as explained by Dr Henry Jekyll, played by Russell Crowe. Quite what Dr Jekyll (and presumably Mr Hyde) is doing in this series is not clear - until it is, we'll put him down in a Nick Fury-like capacity.
Algerian-French actress and dancer Sofia Boutella, last seen in Kingsman: The Secret Service and Star Trek Beyond, plays Princess Ahmanet/The Mummy with deadly grace. The cast also includes Anabelle Wallis as Jenny Halsey, whom Nick Morton assures that The Mummy is "real." Jake Johnson plays a soldier.
The Mummy, directed by Alex Kurtzman, releases on June 9 next year.
Watch the trailer of The Mummy: