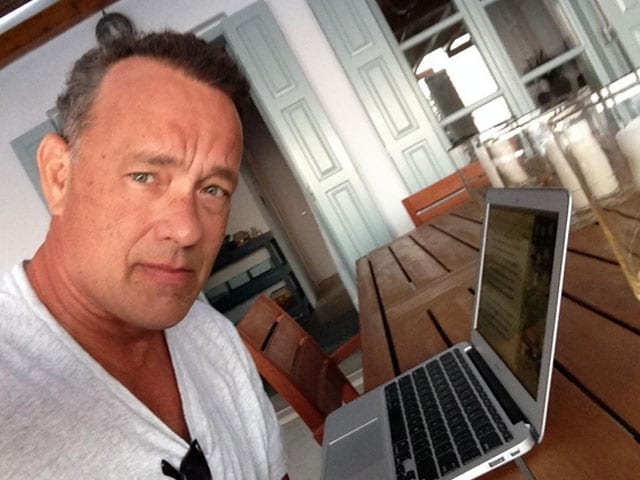 This image was posted on Twitter by Tom Hanks

Actor Tom Hanks is reportedly being considered for the role of Captain Chesley "Sully" Sullenberger in Clint Eastwood's upcoming film Sully, reports variety.com.
The 58-year-old actor is reportedly in final talks with Warner Bros to play the brave pilot who safely landed a troubled aircraft full of passengers on the Hudson River in 2009.
Based on a book by Mr Sullenberger and Jeffrey Zaslow, the story takes a closer look at the man who became a national hero after his plane began to malfunction shortly after taking off and he was forced to take drastic measures in order to save the passengers.
Warner Bros acquired the rights to the book in 2010 and had been developing the movie ever since. Mr Eastwood is currently working on the Boston Marathon bombing film Patriot's Day, but he decided to spotlight another American hero after coming across the film's concept.
Like the director, the Cast Away actor has been drawn to playing roles based on real individuals, such as Captain Phillips in Captain Phillips, Jim Lovell in Apollo 13 and Walt Disney in Saving Mr. Banks.
The actor will be seen next in Steven Spielberg's Bridge of Spies and is currently filming Inferno, in which he will reprise his role of Robert Langdon. The film also stars Bollywood actor Irrfan Khan.