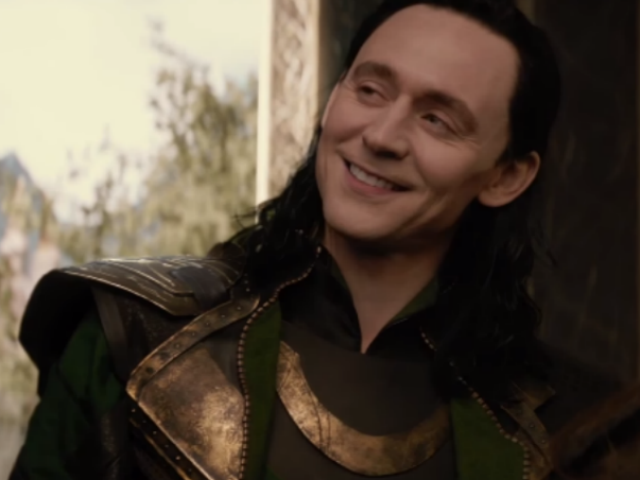 A still from Thor: The Dark World

Fans of the Marvel universe superhero films have another year to wait before mischief-making antihero Loki is seen once more in Thor: Ragnarok. However, now that actor Tom Hiddleston has finally joined Instagram - that too dressed up as Loki - the anticipation has certainly reached its peak.
The actor, who was last seen in this year's BBC TV mini-series The Night Manager, teased his fans with his very first Instagram post and captioned it, "He's Back!" marking the return of what is arguably his most famous onscreen portrayal.

The British actor has been in a highly publicized relationship with country singer Taylor Swift for some months now. So it was rather surprising that his Instagram debut didn't feature a snippet from his personal life, other than Loki's signature long hair and costume.
Within a few minutes of his first post, the actor had roughly 5,24,000 followers. He does not, however, follow Taylor Swift's account. Nor does the 26-year-old singer follow him back - yet. The comments on his first posts are mostly suggestions that he follow Taylor's Instagram.
Taylor needn't feel left out - Tom is following nobody yet. That's probably going to change soon because it's not like his friends aren't on Instagram already. His Avengers co-star Robert Downey Jr welcomed Tom to Instagram with a hilarious take on that famous photograph of the actor wearing an 'I Heart TS' t-shirt. RDJ, of course, plays Tony Stark/Iron Man in the film series, a character which shares his initials with Taylor Swift.

Join me in welcoming the biggest T. Stark fan of them all to Instagram! @twhiddleston

Tom Hiddleston was last seen as the maniacal Loki in the 2013 Thor sequel, The Dark World. He has played the character a total of three times so far.
Tom is currently in Australia filming Ragnarok. Chris Hemsworth, Idris Elba and Anthony Hopkins return as Thor, Heimdall and Odin. Additions to the cast include Cate Blanchett, Jeff Goldblum and Karl Urban. Mark Ruffalo appears as Bruce Banner. The film is slated for release in November 2017.