Trending: Jackie Chan Revealed He Was 'Forced' To Marry Wife

Jackie Chan is currently trending for his shocking revelation he made in an interview in 2015, where reportedly he said that he was forced to marry wife 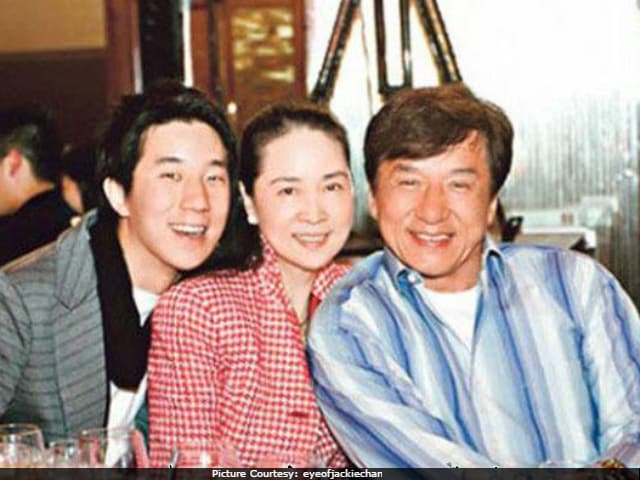 Actor Jackie Chan's shocking revelation made in 2015 is now surfacing on the Internet and has left his Indian fans socked, reported Hindustan Times. Jackie Chan reportedly said in an interview given to Chinese newspaper, China Press, in 2015 that in 1982 he was 'forced' to marry his now-wife Joan Lin, after she got pregnant with Jackie's first baby. Joan Lin was a Taiwanese actress when she started dating the actor. "It was an accident which conceived Jaycee (Jackie Chan's son). I had never thought of getting married, but I felt it was akin to being forced to get married," Mr Chan tol China Press in 2015, reported Hindustan Times. The actor has a wide array of Indian fans because of his brilliant martial art skills and screen presence.
Mr Chan, who was last seen in Kung Fu Yoga, also starring Bollywood actor Sonu Sood, was rumored to be dating Miss Asia 1990 Elaine Ng, who gave birth to the actor's daughter Etta Ng in 1999, Shanghaiist.com reported according to Hindustan Times. Jackie Chan never married Elaine Ng.
The Karate Kid actor's son, Jaycee, was recently arrested and sentenced to six months in jail after being caught with more than 100 grams of marijuana in his apartment in Beijing. He also reportedly shares a strained relationship with daughter, Etta Ng.
Jackie Chan has been roped in to voice-over in two upcoming animated movies, The Nut Job 2 and The Lego Ninjago Movie. The actor, who is currently shooting for Bleeding Steel, will soon be seen in The Foreigner, also starring Pierce Brosnan.