Uday Chopra: Grace Of Monaco Was Unfairly Reviewed in Cannes 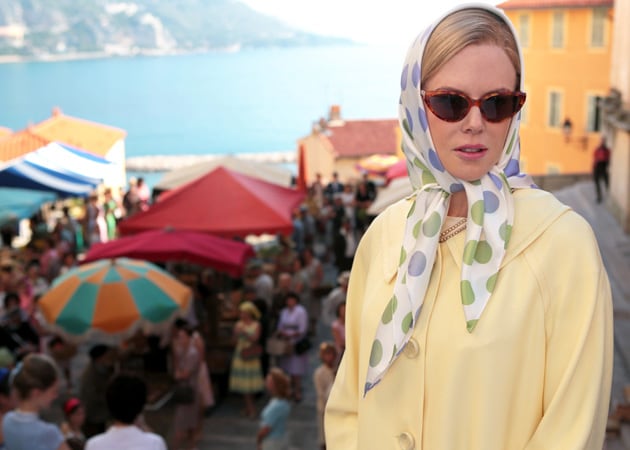 He says he is not looking at the business aspect of the film, as it was more like a learning experience for him.

It was a moment of pride when actor-producer Uday Chopra's international venture Grace Of Monaco opened the 67th Cannes International Film Festival, but unfavourable reviews by the critics dampened his spirits somewhat.
Jointly produced by Pierre-Ange Le Pogam, Uday's YRF Entertainment and Arash Amel, the biopic features Nicole Kidman as the legendary Hollywood actress-turned-princess Grace Kelly and Tim Roth as Prince Rainier of Monaco.
It was screened in the Official Selection category which is an out of competition section. (Also Read: Nicole wasn't upset with the reviews)
"I do think it got unfairly reviewed at Cannes," Uday told IANS.
"We got panned by the critics at Cannes but there were reasons for that. Grace Of Monaco is not a typical Cannes film, it was never part of the competition section and it just opened the festival.
"People in Cannes expect a certain kind of language, artistic (production) and this film was never supposed to have it as it's a fairy tale feel good movie," he added.
Olivier Dahan wielded the megaphone for Grace Of Monaco.
"The movies in Cannes are little more art house, also they got confused a little bit because Olivier Dahan's previous film La Vie en Rose was a very character driven piece. It was still in a very art house kind of space, so I think critics were expecting something like that out of it (Grace Of Monaco)."
"They (critics) should have reviewed the film for what it was and not for what they wanted it to be. But we believe the audience really liked it because we got a standing ovation when we premiered it," he said.
Uday admits that the bad reviews affected the film's business in the European region, especially France, but added its performance in Italy was comparatively better.
Now, Grace Of Monaco is releasing in India on June 13 and Uday feels the domestic audience will look at the 'desi' reviews and decide whether to watch the movie or not.
"I just want people to appreciate it and I am hoping that Indian media would support it. I think we are doing something different," said Uday.
He says he is not looking at the business aspect of the film, as it was more like a learning experience for him.
"Film of this size would normally get 20 to 25 screens, which is very small, so we are scaling that up to 70," the 41-year-old said.
Summing up his experience at Cannes, he said: "It was wonderful being at the Cannes and representing my company. It was a moment of pride seeing the name of the company on a big screen. I wish my father (late filmmaker Yash Chopra) was there with me."