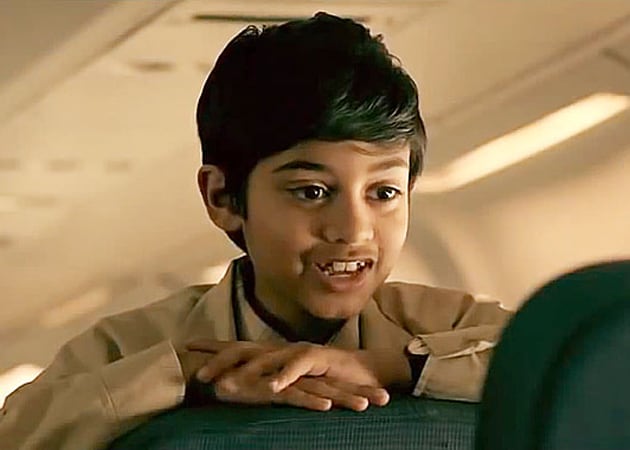 A still from the film Lone Survivor featuring Rohan Chand

The story follows the upbringing of the human child Mowgli, raised by a wolf pack in the jungles of India

Young actor Rohan Chand, who was born in New York to Indian parents, has been cast as Mowgli in Warner Bros' 3D adventure entertainer The Jungle Book: Origins.
Benedict Cumberbatch, Cate Blanchett and Christian Bale will head the ensemble cast for the film, which is a 3D adaptation of Rudyard Kipling's classic The Jungle Book.
The action adventure, which will blend motion capture and live action, will mark the feature film directorial debut of Andy Serkis, and it is slated for worldwide release beginning Oct 21, 2016, read a statement. (Also Read: More about the cast of The Jungle Book: Origins)
Rohan, who has been seen in films like The Hundred Foot Journey and Bad Words, will play the boy raised by wolves, Mowgli.
The animal kingdom will be brought alive by Benedict Cumberbatch as the fearsome tiger, Shere Khan; Oscar-winner Cate Blanchett as sinister snake, Kaa; Christian Bale as cunning panther, Bagheera; Andy Serkis as the wise bear, Baloo; Peter Mullan as the leader of the wolf pack, Akela; Tom Hollander as the scavenging jackal, Tabaqui; Naomie Harris as Nisha, a female wolf; Eddie Marsan as Nisha's mate, Vihaan; and Jack Reynor as Mowgli's Brother Wolf.
The film, being produced by Steve Kloves along with Jonathan Cavendish, has screenplay written by Steve's daughter, Callie Kloves, based on the stories by Rudyard Kipling.
The story follows the upbringing of the human child Mowgli, raised by a wolf pack in the jungles of India.