Valentine's Day, IRL: 5 Ways Movies Lied to You About Love 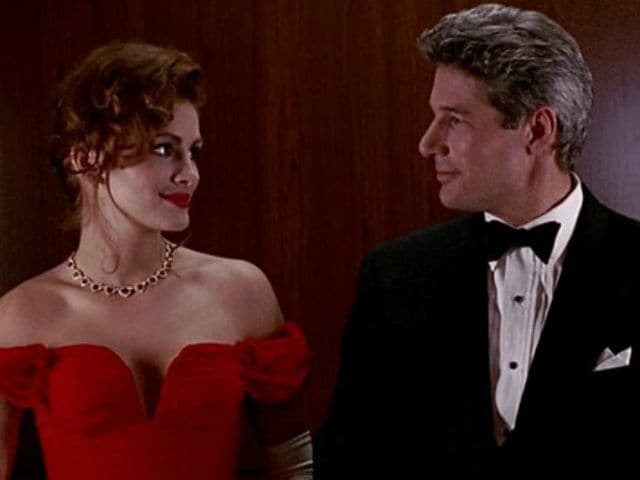 A still from Pretty Woman.

Nothing will make you feel worse about your love life than staying home to watch Ryan Gosling in anything. (Except "The Big Short. That will just make you feel bad about the state of the economy.) It's easy to compare your life - and that jerk who ghosted you the other week on Bumble - to the rom-com sparks on the silver screen

Special To The Washington Post
Ah, Valentine's Day. The holiday of love. It seems like everywhere you look, happily coupled pairs are holding hands, scattering rose petals and creating rambling posts on Instagram claiming they have the #bestboyfriendever. You've likely dreaded this day for months as it slowly crept upon on you like Count Orlock in Nosferatu.
You're probably thinking of doing what we've all thought of doing when we've been single on Valentine's Day: Putting on those footie pajamas you bought as a joke but secretly like, purchasing a Costco-size Whitman's Sampler and binge-watching every romantic comedy on Netflix.
Don't. Do. It.
Nothing will make you feel worse about your love life than staying home to watch Ryan Gosling in anything. (Except "The Big Short. That will just make you feel bad about the state of the economy.) It's easy to compare your life - and that jerk who ghosted you the other week on Bumble - to the rom-com sparks on the silver screen. In rom-coms, the streets are mysteriously wet on a sunny day, the leading man never wakes up with horrendous morning breath. And most women are not Mean Girls who trick you into wearing a costume to a regular 'ol kegger. This is not the standard to which you should hold your own life. You're not a bird, he didn't have you at hello, and sometimes you just have to put Baby in a corner for her own good.
Here are five ways romantic comedies have lied to you.
1. Unhealthy obsessions are not attractive.
Remember in The Notebook how the young country boy (Ryan Gosling) and the rich Southern heiress (Rachel McAdams) have a summer fling. He builds her a house many, many years later. She finds out and falls in love all over again? In real life, she would have grown up, realized they had nothing in common as teenagers and never thought about him again. Years later, when she found out he built a house for her, she would be creeped out and get a restraining order.
2. Ladies of the night don't end up with their clients.
Pretty Woman lied to you. Can you name any of Heidi Fleiss' many call girls who ended up with their Johns? No! Because it doesn't happen. Here's how Pretty Woman would have gone in real life: Julia Roberts's character would have taken a selfie of Richard Gere snorting cocaine off her body and sent it to TMZ in return for $100,000.
3. The only thing to get in your pants on a family vacation is a mosquito.
Dirty Dancing got it wrong. While we all love the idea of sexy, pelvic-swiveling Johnny Castle (Patrick Swayze) rescuing our angst-y teenage selves from the boredom of a family vacation, that never happens. In real life, the most interesting thing you'll do with your family in the Catskills is some mini-golf. And if the guy you're sleeping with gets fresh with your dad, he will probably pummel him and then you'll drive back home in awkward silence.
4. Ambitious women don't ruin their lives for one-night stands.
In Knocked Up, career-oriented Alison Scott (Katherine Heigl) gets pregnant after a one-night stand with a deadbeat stoner (Seth Rogen). He ends up being a pretty great guy, but come on. In real life, she'd likely exercise her right to choose, knowing that he would've missed multiple child-support payments and she'd end up working two jobs to pay that kid's way through college. Just sayin'.
5. Going for the teacher never ends well.
We've seen enough Lifetime movies to know that student-teacher relations usually end in jail time. But in Never Been Kissed, it's just a case of star-crossed lovers. A copy editor (Drew Barrymore) gets an assignment to go undercover as a new student at a high school, where she thinks her English teacher (Michael Vartan) is hot stuff. For various legal and logical reasons, this adult woman is unable to pretend to be a 16-year-old student and later has her "first" kiss with her former teacher in a stadium and everyone cheers. Also, a good rule of thumb: Never go for a guy who previously found himself attracted to a teenager.
Your most successful relationship could very well look nothing like what you dreamed of as your "perfect" romance. It won't be a romantic comedy because it's IRL. But most of the time, real life is better than anything an underpaid script doctor could dream up at a Starbucks.