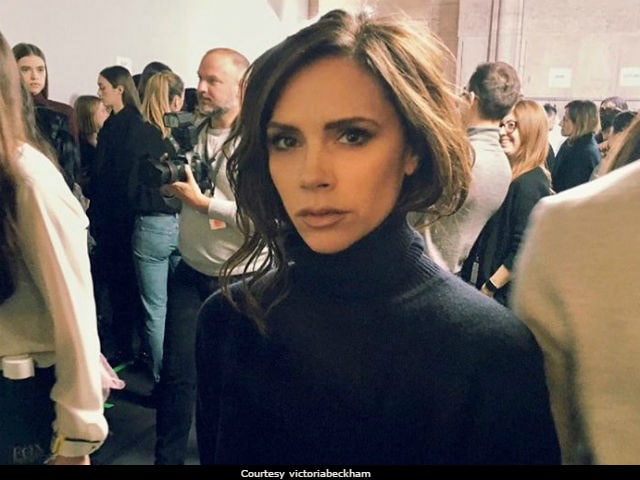 Hours after Victoria Beckham launched her new collection on Sunday evening, in collaboration with the American retailer Target, it was sold out. But, for fans who are still hopeful about sporting the former Spice Girl's clothing line, an online shopping portal in the US is selling them for four times the original price. In particular, an orange playsuit from the Victoria Beckham Target range, which was originally available at 35 pounds, has now shot up to 125 pounds on eBay, an auction marketplace. Ditto with a jumper and an embellished bomber jacket, which are being sold at four times more the price tag.
Meanwhile, the songstress-turned-fashion designer posted an apology on Twitter after buyers faced a technical difficulty. She wrote: "I am overwhelmed by your response to my Target collaboration launch! Thank you for your patience and sorry for any frustration!"


I am overwhelmed by your response to my #VBxTarget collaboration launch! Thank you for your patience and sorry for any frustration! x VB pic.twitter.com/cVxUWBn1EX

The collection will be available online till April 30, or by the looks of its demand, till the supplies last. Victoria Beckham, who is also popularly known as Posh, debuted her first collection in September 2008 and had eventually created an affordable collection for the high street store. She later said in an interview to The Sunday People. , how the collection has been designed for women "no matter their budget, size or age". Incidentally, Victoria's collection features plus sizes and she has often expressed excitement about the wide range she has on offer in that section.
The 42-year-old designer is married to star footballer David Beckham and the couple has four children - Brooklyn, 18, Romeo, 14, Cruz, 12 - and six-year-old daughter Harper.