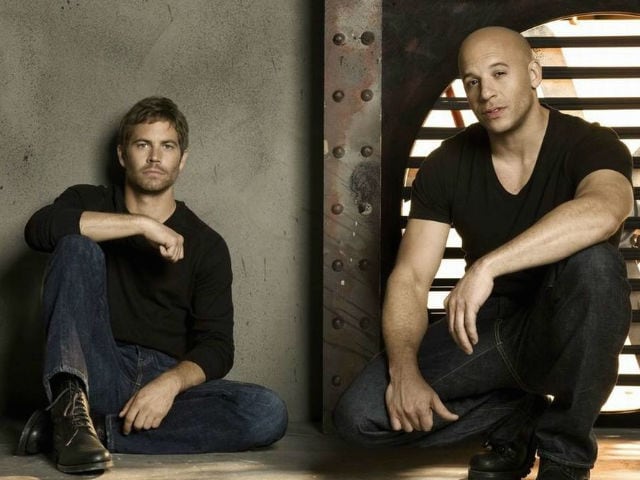 Paul Walker's co-stars from blockbuster franchise Fast & Furious remembered their friend on various social media platforms. Vin Diesel posed on Facebook: "No matter where you are in this universe, you will always be, my brother." Actress Jordana Brewster shared a quote by writer Ralph Waldo Emerson as her tribute

Vin Diesel and other Fast & Furious franchise actors paid tribute to Paul Walker on the second anniversary of the actor's death.
Mr Walker's co-stars from the blockbuster franchise remembered their friend on various social media platforms. Mr Diesel led the tributes with a touching post on his Facebook page: "No matter where you are in this universe, you will always be, my brother," he wrote.
He also shared a photo of himself sitting next to his late friend on Instagram and captioned it:

Actress Jordana Brewster, who played Mr Walker's onscreen girlfriend in the films, also posted a photo of the actor on Instagram with a quote by writer Ralph Waldo Emerson as her tribute.

"The largest part of his power was latent. This is that which we call Character,-a reserved force which acts directly by presence, and without means." -Ralph Waldo Emerson #paulwalkerforever

Recently, Mr Walker's daughter filed a suit against Porsche, alleging that her father would still be alive if the company had installed proper safety features in the car in which he died. (Also Read: Paul Walker's Daughter is Suing Porsche Over Her Father's Death)
Mr Walker died in a car crash on November 30, 2013.