When Keira Knightley Was Mistaken for Anne Hathaway 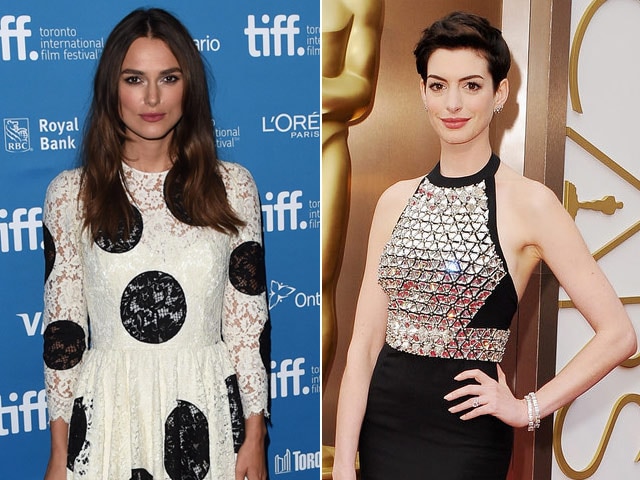 Keira also said that the fan thought she (as Anne Hathaway) was being rude to her.

Actress Keira Knightley revealed that she was once mistaken for actress Anne Hathaway, recently in Canada. The 29-year-old actress said that she was approached by a fan at the Toronto Airport in Canada who believed she was The Dark Knight Rises star, reported Daily Telegraph.
"At the airport a woman mistook me for Anne Hathaway. Actually I think I have to apologise to Anne Hathaway because the woman (at the airport) thought I was being really rude as Anne Hathaway not giving her a picture, but I was really only saying that I promised I wasn't Anne Hathaway - which I am not," Keira said.
"Actually it's the first Anne Hathaway (misunderstanding) I have had. Generally I get a lot of Rachel Weisz and Natalie Portman," she added.
Keira, who has been in the spotlight since the age of 17, has a healthy appreciation for the more absurd aspects of the celebrity lifestyle.