Who Wore What to Met Gala: Check Out Beyonce, Kim Kardashian And Claire Danes

Beyonce arrived in a peach-coloured floor-sweeping latex gown while Madonna was rather bold in black. They were both dressed in Givenchy ensembles. Lady Gaga picked a Versace body suit and metallic-tinged boots for the event 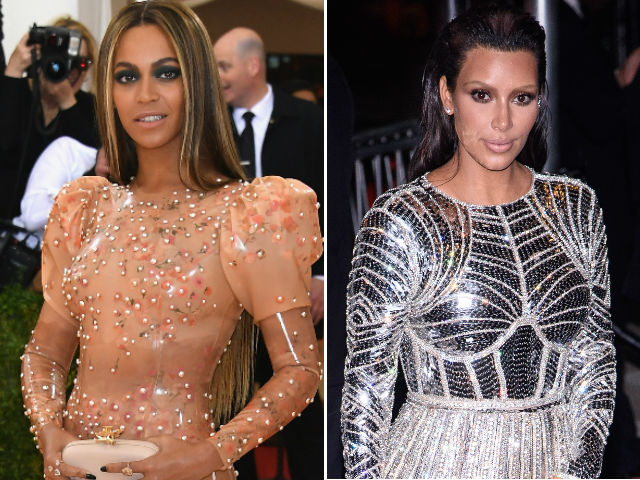 Beyonce and Kim Kardashian photographed at the Met Gala in New York.

Hollywood's biggest stars attended this year's Met Gala, dressed in their stylish best, some however, with a touch of tech-inspired fashion. Celebrities like Beyonce, Madonna, Lady Gaga, Katy Perry and Taylor Swift walked the red carpet at the annual Costume Institute Gala, or the Met Ball, in New York on May 2.
Beyonce arrived in a peach-coloured floor-sweeping latex gown while Madonna was rather bold in black. They were both dressed in Givenchy ensembles. Lady Gaga picked a Versace body suit and metallic-tinged boots for the event. 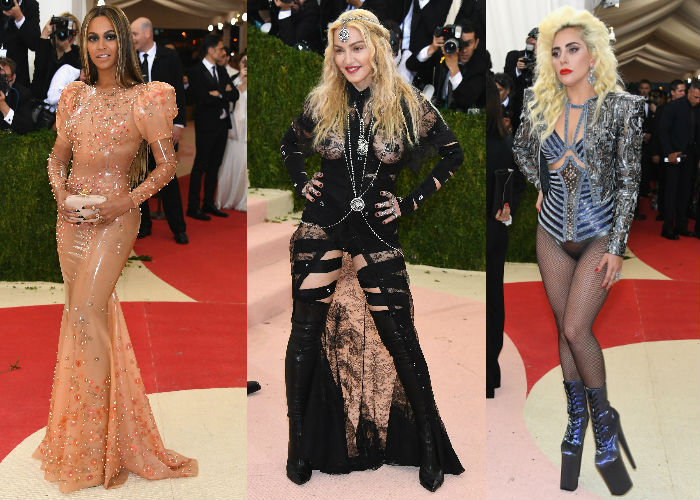 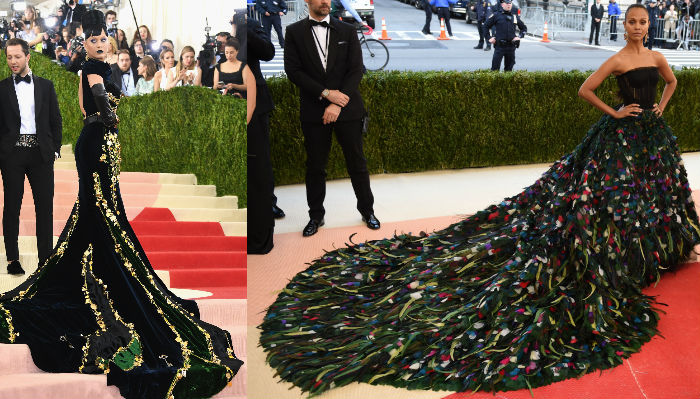 Best friends Taylor Swift and Selena Gomez both opted for Louis Vuitton ensembles. Taylor was stylish in a cut out short dress and Selena finished her monochrome look with laced-up boots. 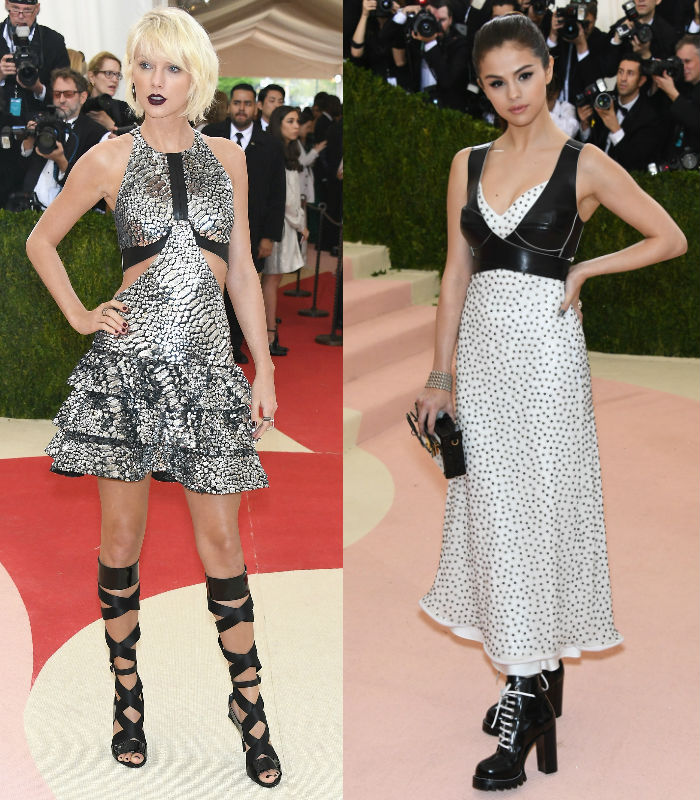 Homeland actress Claire Danes wore a dress by Zac Posen which will leave you stunned. We will say no more: 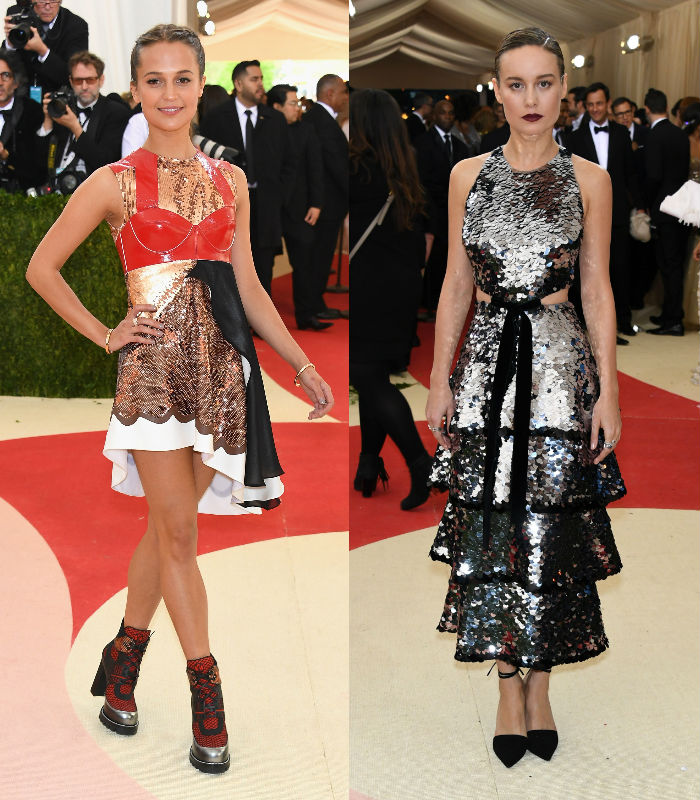 Television star Kim Kardashian opted for a metallic Balmain gown and Emily Blunt was in a beautiful blue Michael Kors that showed her baby bump. 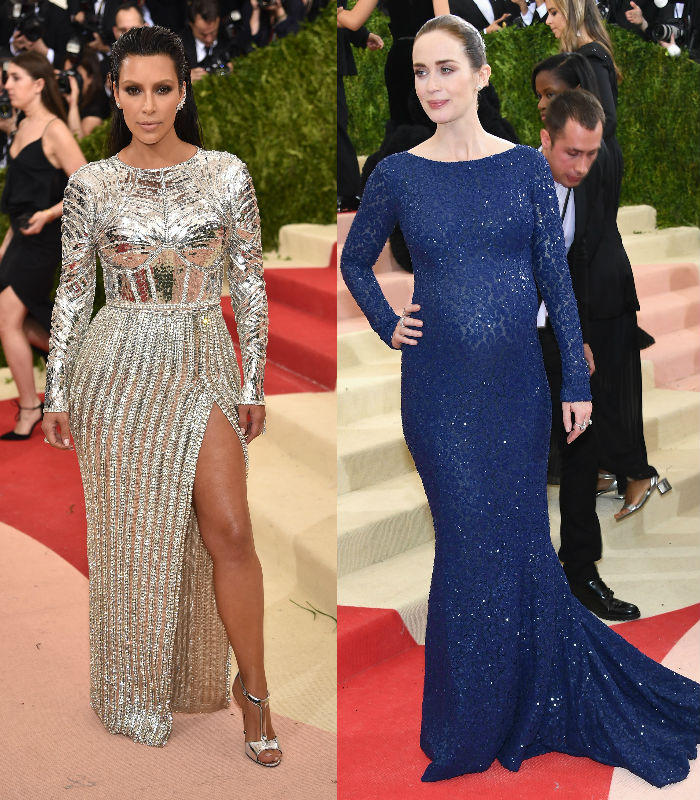 Fifty Shades of Grey actress Dakota Johnson's style was a breather as she arrived in a multi-coloured Gucci outfit. Actress Freida Pinto was pristine in a Tory Burch dress. 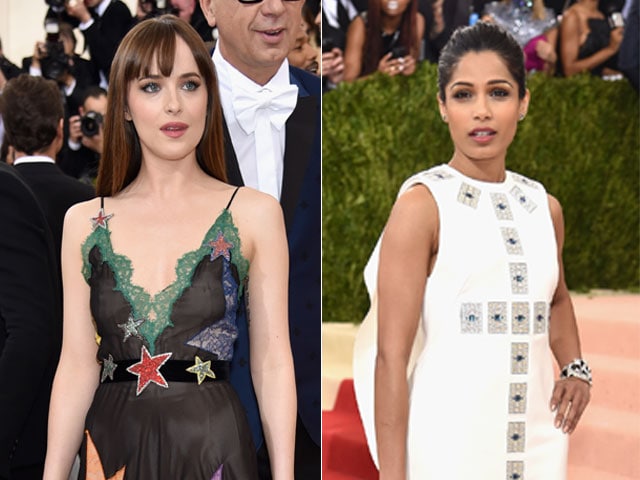 Actress Gigi Hadid walked in with singer Zayn Malik hand-in-hand. Gigi looked pretty in a layered grey ensemble by Tommy Hilfiger. The Martian actress Jessica Chastain smiled for the cameras. She wore an outfit by Prada. 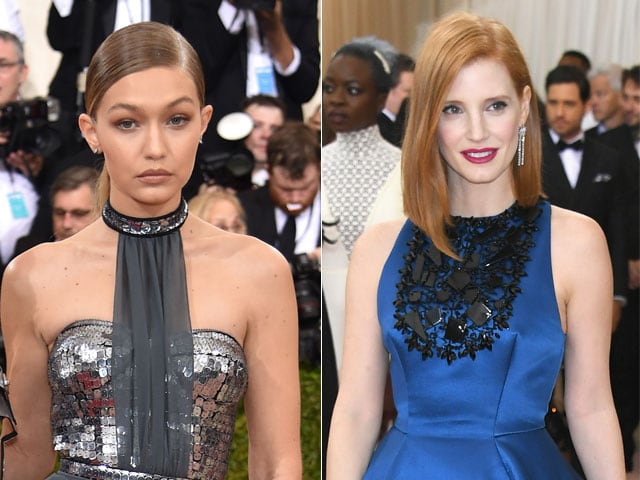 Actress Rachel McAdams, who was in a gold and beige Valentino dress, posed in style for the paparazzi. Harry Potter star Emma Watson joined in a black and white Calvin Klein outfit. 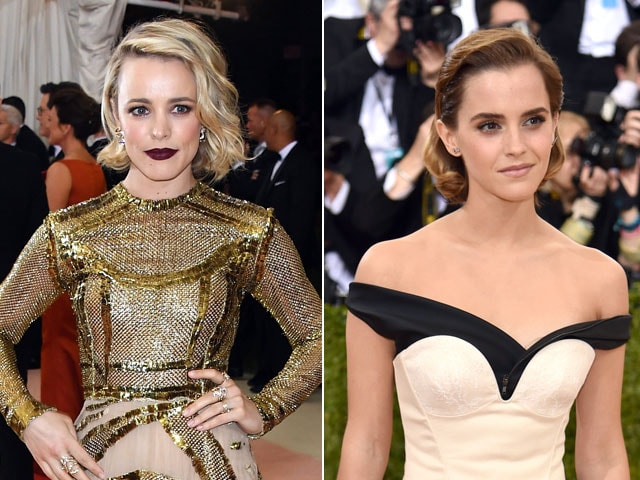 The Impossible actress Naomi Watts and The Age of Adaline star Blake Lively arrived in creations by Burberry. 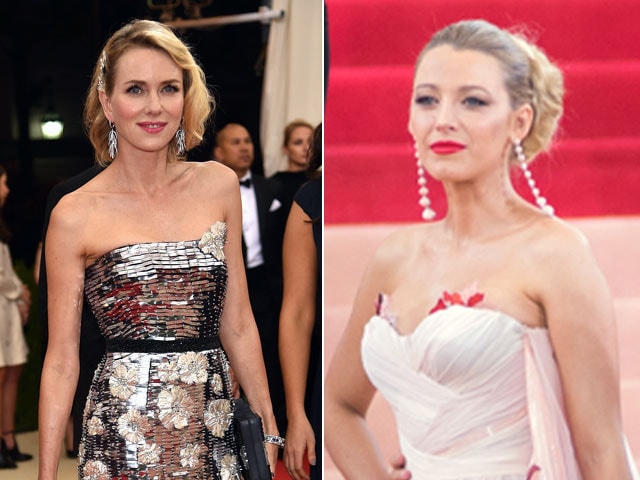 Sisters Kylie Jenner and Kendall Jenner were chic and smart in Balmain and Versace. 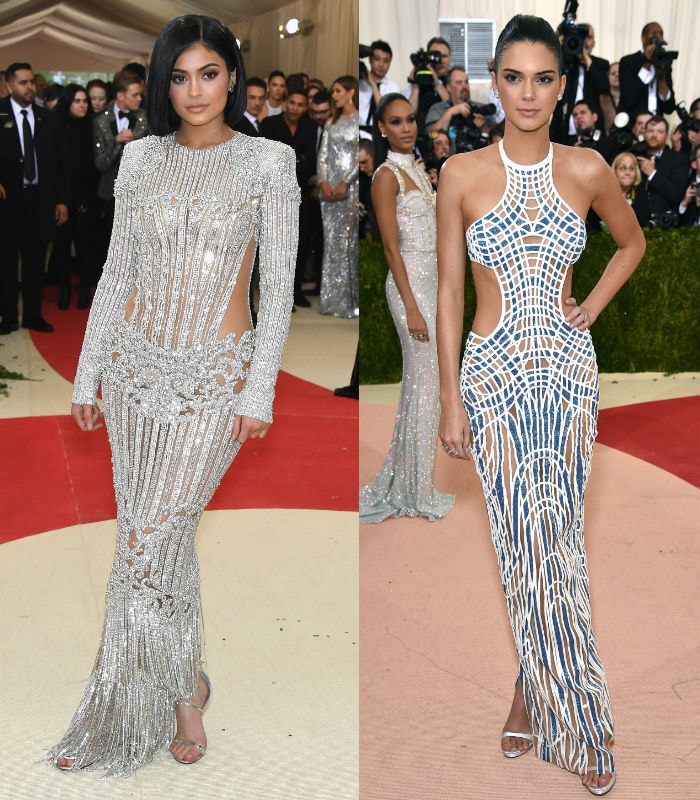