Why Deadpool's Ryan Reynolds is Still a Favourite, Despite Many Failures 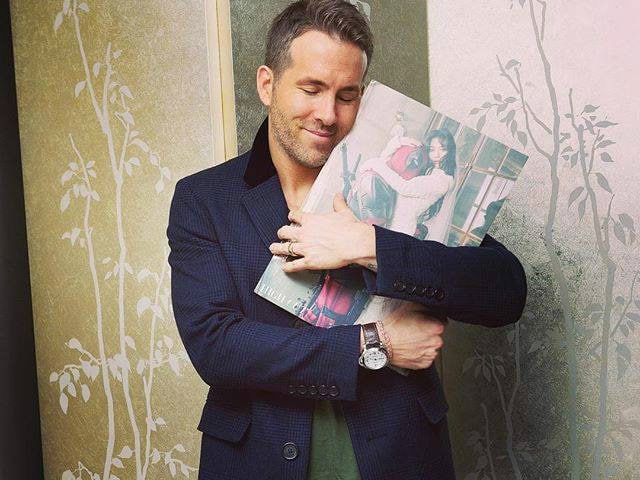 This is crucial: Good-looking leading men win about a million extra points if they're down to earth or boast a self-deprecating personality. In the press, he embraces being a first-time father to baby daughter James, even throwing in dad jokes: "In my late 30s, I'm just happy my boys can swim," Ryan Reynolds had said

If you look at the ratio of his box office hits to failures over the last 10 years, Ryan Reynolds should be on his way to Hollywood obscurity right now. Instead, the actor isn't slowing down at all - he's headlining Deadpool, the highly-anticipated superhero movie in theatres this Friday. He has another six or seven films in development. There was even a Super Bowl commercial devoted to his likability.
In other words, Reynolds is a guy who will get unlimited chances in Hollywood no matter how badly his movies bomb. Frankly, a lot of people might not even realize that his career path has been rocky. With his Ken doll looks and effortless charm, Reynolds, 39, is just the kind of guy who seems like he should have a great movie career and, as a result, many people truly want that to happen. Why the vested interest in Reynolds's success despite duds like Green Lantern; R.I.P.D. and Self/Less? There are several reasons.
- His TV-to-movie trajectory -
Everyone loves a good old-fashioned success story. Although stars are flocking to TV these days, the movie world is still at the top of the Hollywood food chain. Reynolds started his ascent on ABC's Two Guys, a Girl and a Pizza Place before making memorable turns in films like Van Wilder, Blade: Trinity and Amityville Horror. When he looked like a potential rom-com king in Just Friends, Definitely, Maybe and Sandra Bullock hit The Proposal in 2009, it felt satisfying to see someone who started in TV make the transition to legitimate movie star. Even though he started sputtering with Green Lantern in 2011, it seemed ridiculous to condemn him back to TV after one flop - and even though he hasn't had a hit movie in years, he's already climbed so far. It's natural that things could turn around. (Also Read: Ryan Reynolds' Deadpool: All Your Questions Answered)
- He seems like such a nice, normal guy -
This is crucial: Good-looking leading men win about a million extra points if they're down to earth or boast a self-deprecating personality. In the press, he embraces being a first-time father to baby daughter James, even throwing in dad jokes: "In my late 30s, I'm just happy my boys can swim," he told the Daily Mail. He goes on Conan and talks about how - as a heartthrob once married to Scarlett Johansson and currently married to Blake Lively - he used to be a loser who couldn't flirt with the ladies. He tells Ellen DeGeneres about training for a charity marathon, calling it "a 26.2 cry for help." Any celebrity with an actual personality is a relief, but Reynolds is the type that seems like he could be your pal in real life -- which makes it easy to root for his success.
- His appearance -
As The Washington Post's movie writer Stephanie Merry concluded, "Reynolds is proof that we can never underestimate the power of a twinkly smile and a rock hard body." It's true: Reynolds, like Angelina Jolie and Robert Redford and other impossibly beautiful celebrities, simply looks like a movie star. What else could he be? Society has no other place for him. When casting agents and executives see a face like that, there's a determination to put him on a big screen.
- At this point, he's kind of an underdog -
It's a natural human inclination to cheer for the underdog, even though it's hard to think of a wealthy movie star in that light. But, as illustrated, things haven't gone perfectly for Reynolds in the last several years (other examples include forgettable comedy The Change-Up and a voiceover role in Turbo), which makes him all the more accessible now. If Ben Affleck's story taught us anything, people really love a comeback - especially in superhero form.