Why J K Simmons Dislikes Biopic as a Genre

"I've never liked the biopic as a genre. It's always, 'Sure, you're good, but you're not as great as the real guy'," said JK Simmons 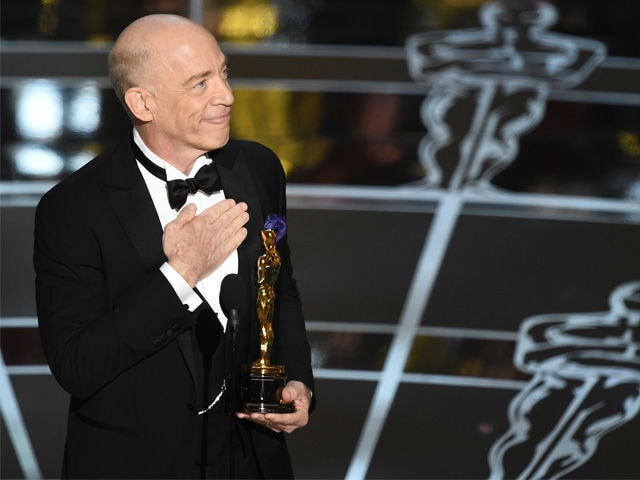 Oscar-winning actor JK Simmons says he has never been a fan of biopic genre. The 61-year-old star said he would be least interested to play a real person himself onscreen, reported Female First.
Of his Whiplash co-star Miles Teller's casting in the upcoming film Bleed for This, he said, "I'm so glad Miles will finally get his lazy body into shape. That film is brilliant, but I've never liked the biopic as a genre. It's always, 'Sure, you're good, but you're not as great as the real guy'."
"I would like to do a boxing movie, though. I just made a film with director Peter Berg called Patriots Day - Peter told me about his boxing training in Boston so I went over to Southie (south Boston) and started boxing training. I'm not getting hit in the face, I'm just working the bags and getting a real good sweat going," he added.
Miles is set to play legendary boxer Vinny Pas in Bleed for This. Mr Simmons also said he hates watching trailers and only prefers word-of-mouth for film recommendations.
"I don't like people to know too much about a film or what to expect before they go into the cinema. I hate trailers. I don't want to watch a two-minute video of all of the funny bits in a film that turns out to be nothing like the trailer. If people ask me what a film is about, I'll say, 'It's good, watch it.' If it's bad, I'll be honest and tell them that, too," he said.
(Except for the headline, this story has not been edited by NDTV staff and is published from a syndicated feed.)