"Anupam congratulations. 500 films, incredible. It was a pleasure working with you. Good luck. Celebrate," Willem Dafoe said in a video. 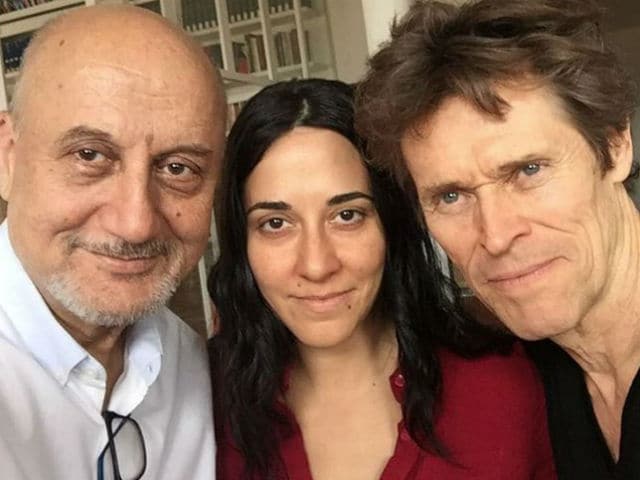 After Robert De Niro, Hollywood star Willem Dafoe has congratulated actor Anupam Kher for reaching a milestone of 500 films.
Anupam shared a snippet of Willem's video in which he says: "Anupam congratulations. 500 films, incredible. It was a pleasure working with you. Good luck. Celebrate."

They worked together in The Headhunter's Calling.
Anupam also Instagrammed a picture of himself with Willem and his wife Giada Colagrande.


With great actor Willem Dafoe & his talented wife @giadacole at their residence in NY.:) #TheHeadHuntersCalling #DeliciousLunch

The 61-year-old will be seen sharing screen space with Holly Hunter, Ray Romano, Zoe Kazan and Kumail Nanjiani in The Big Sick.