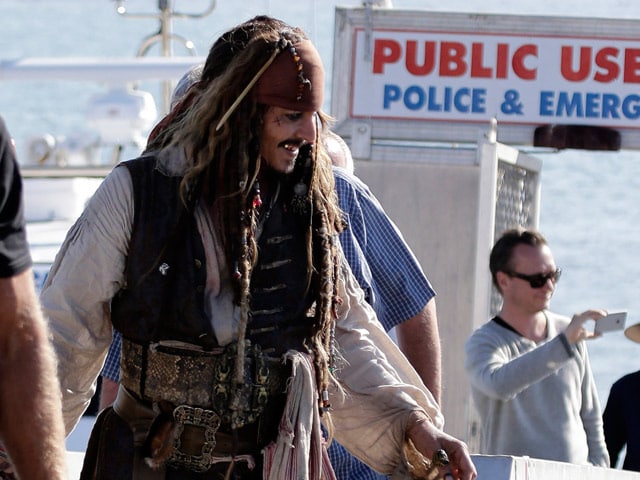 Johnny Depp dressed as returns from a day on the film set, in Redland Bay. (Image courtesy: AFP)

Dressed as Captain Jack, Johnny Depp submitted cheerily to being mobbed by fans, signing autographs and posing for selfies

Hollywood star Johnny Depp was photographed in Australia in full Captain Jack Sparrow get up on June 4, returning from a day of filming at Redland Bay which is 35-odd kms from Brisbane.
Dead Men Tell No Tales, film number five in the blockbuster Pirates of the Caribbean franchise, has been filming in the Australian state of Queensland since February and will wrap in July. 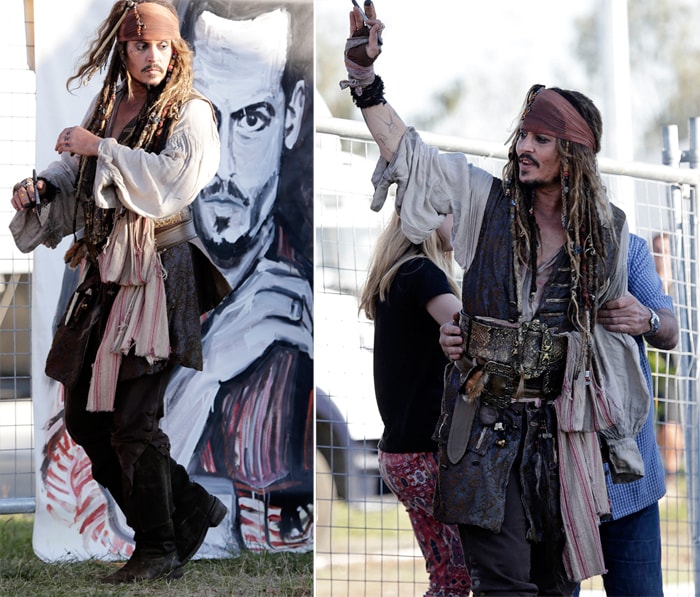 Image courtesy: AFP
The 51-year-old actor's Australian sojourn hasn't been entirely happy after he brought his dogs into the country skipping the mandatory quarantine. There has been talk of a possible jail sentence for Mr Depp. (Also Read: Johnny Depp May Face 10 Years in Australian Jail For Bringing Dogs Into Country Illegally) 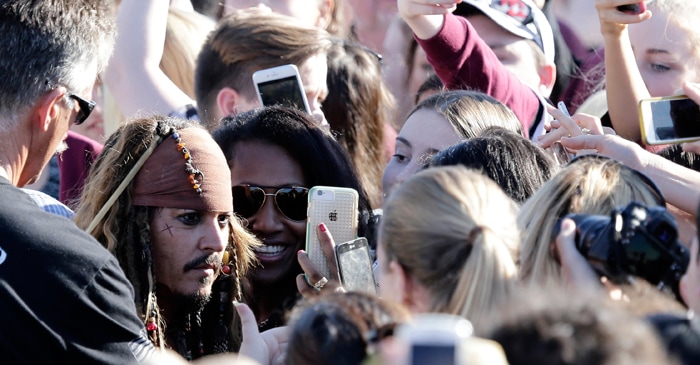 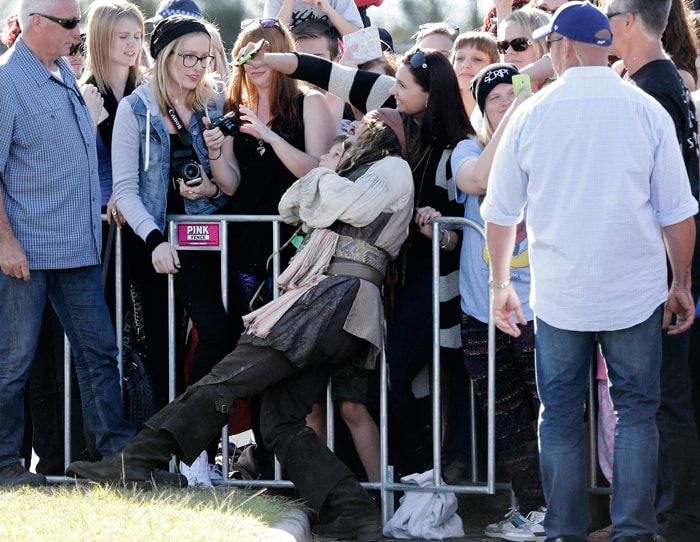 
Captain Jack is back and we're not letting him go. pic.twitter.com/m6VVRTyFQm

The release of the photograph coincided with Mr Depp's return to filming after a hand injury shut down the shoot for a month, forcing the film to go over budget by a rumoured $70 million.
Captain Jack Sparrow's nemesis in this fifth film is a fellow pirate named Captain Salazar, played by Spanish actor Javier Bardem who is the husband of actress Penelope Cruz, Angelica from the previous Pirates film On Stranger Tides.

Image courtesy: AFP
Curiosity about whether or not Orlando Bloom was going to reprise his role as Will Turner after skipping a film was laid to rest after the actor showed up on the Gold Coast in May to film his part. The returning cast includes Geoffrey Rush as Hector Barbossa and ship's crew Kevin McNally as Gibbs, Martin Klebba as Marty and Stephen Graham as Scrum. Additions include Brenton Thwaites, Kaya Scodelario and Golshifteh Farahani. 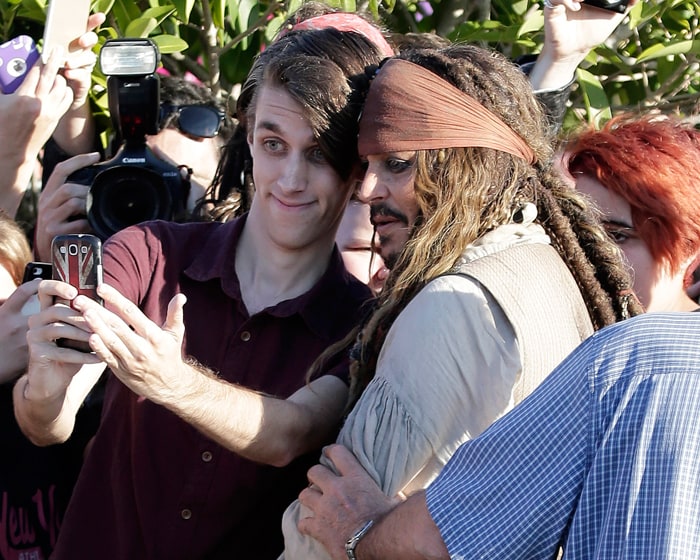 Image courtesy: AFP
Pirates of the Caribbean: Dead Men Tell No Tales is scheduled to release on July 7, 2017.