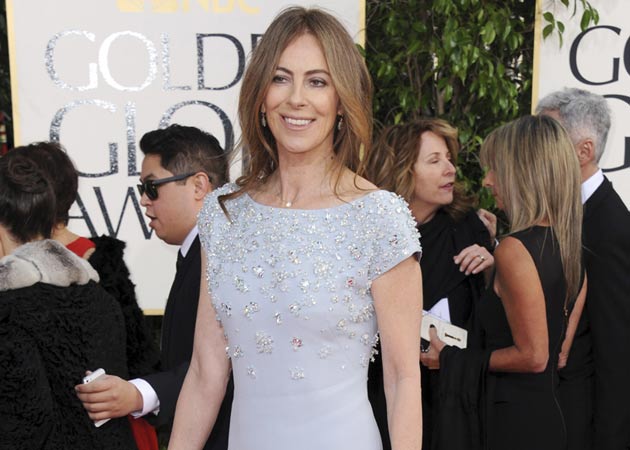 Only nine percent of directors of the top 250 grossing Hollywood films in 2012 were women, a study has found.

Only nine percent of directors of the top 250 grossing Hollywood films in 2012 were women, a study has found.
The Centre for the Study of Women in Television and Film at San Diego State University said that despite the low figure, it was a four percent increase from the numbers in 2011, BBC reported.
The research found women comprised 18 percent of all directors, executive producers, writers, cinematographers and editors.
It also showed women were more likely to work in the documentary, drama and animated film genres.
The centre has been conducting the industry survey for more than a decade to track trends, BBC said.
The number of female producers has held steady at 25 percent for the past two years, while female writers rose to 15 percent, up from a low of 10 percent in 2006.
The number of female editors between 1998-2012 has remained fairly constant in the 20-21 percent range.
Cinematographers have fluctuated between 2-4 percent, although figures for 2012 were on the low end of the range. No women have made it onto the shortlist for best director at this year's Oscars.
Zero Dark Thirty is the only Best Picture nominee to have been directed by a woman, Oscar-winner Kathryn Bigelow.
Another study by the Sundance Institute and Women in Film in Los Angeles showed women fared better in the independent film sector.
Looking at films shown at the Sundance Film Festival over the past decade, and accounting for 820 narrative and documentary films, researchers found women represented 29.8 percent of 11,000 filmmakers.
There are more women working in documentary films than narrative films.
Study director Stacy Smith said "as commerce moves in, females move out". The study also found that films directed by women employ greater numbers of women behind the camera than those made by men.