Wonder Woman, Where Have You Been? Trailer Releases, Rocks

Although the trailer begins in modern-day Paris, true to its source material, Wonder Woman features Gal as mystical princess Diana of Themyscira who battles villains during World War I 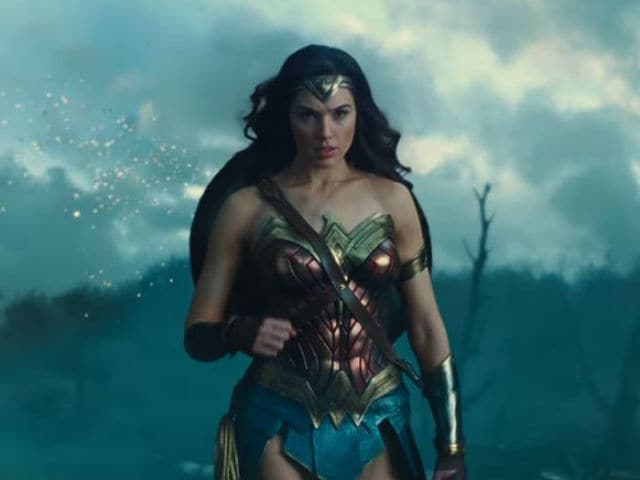 'It begins with her.' it most certainly does. The trailer of the long overdue Wonder Woman film from the house of DC was unveiled late last night and it's everything fans have hoped for.
Israeli actress Gal Gadot stars as the otherworldly Wonder Woman, reprising the role from the Batman v Superman movie - in which, may we say, she was easily the best part.
In her own movie, Gal is aided on her mission to save the world by Chris Pine as fighter pilot and love interest Steve Trevor, and Connie Nielsen.
Although the trailer begins in modern-day Paris (the Louvre to be exact), true to its source material, Wonder Woman features Gal as the mystical Princess Diana of Themyscira who battles villains during World War I. After she's introduced, the film shifts gears and places Diana in a world where the times, they are a-changing. Modernity proves to be an enemy as fearsome as any.
A lot rides on the success of the film post the failure of Batman v Superman at the box office. The trailer, however, keeps hopes up as we're treated to scenes and snippets that were first revealed at this year's San Diego Comic-Con, and much more.
An epic action-adventure drama, Wonder Woman is directed by Patty Jenkins who also helmed another female-centric film, the critically acclaimed Monster. It is also the first big-budget superheroine film for its time (the continued non-appearance of a Black Widow film is still a mystery). Interestingly, we hear that Wonder Woman's bisexuality will also be explored in the film.
Smartly, the makers have unveiled the trailer a day before the release of rival company Marvel's film Doctor Strange.
Produced by Warner Bros, Wonder Woman hits theatres June 2, 2017.
Watch the trailer:

The trailer of Wonder Woman was heralded by a teaser, tweeted by Gal Gadot on November 2. Understandably, expectations were high.


It's almost here! Can't wait for you to see our NEW #WonderWoman trailer when it debuts tomorrow! @WonderWomanFilmpic.twitter.com/xPX3WpuafM

The motion poster was tweeted with the caption 'Wonder. Power. Courage:'

Where have you been all our lives, Wonder Woman?