Yes, Arnold Schwarzenegger Will be Back in Terminator 6

When asked about the next instalment in the Terminator series of movies, Arnold Schwarzenegger revealed, "I am looking forward to it, absolutely." Devised as the first of a trilogy of a new series of Terminator movies, 2015's Genisys was a failure at the box office 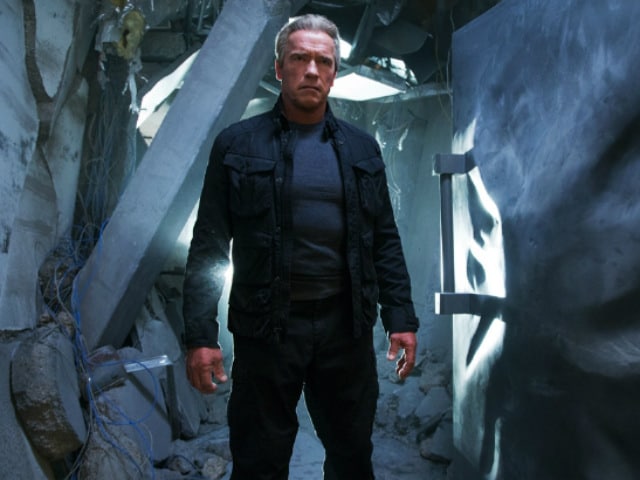 A still from Terminator Genisys.

Hollywood star Arnold Schwarzenegger has said that the sixth instalment of hit Terminator franchise will happen, reported Aceshowbiz.
Despite the flop of last year's Terminator Genisys , the actor, who plays the titular role is pretty optimistic about the next Terminator film's future.
The actor shared the information while talking about the future of the franchise in a recent interview.
When asked about the next instalment, he revealed, "I am looking forward to it, absolutely."
Devised as the first of a trilogy of a new series of Terminator movies, 2015's Genisys also featured actors like Jason Clarke, Emilia Clarke and Jai Courtney.
The movie opened to negative reviews and failed to impact the North American box office reportedly earning less than USD 100 million. However, it did perform well in some other countries like China.
Following Paramount's removal of the next Genisys films from their release schedule it was assumed that the movie has been shelved.
The much-anticipated Baywatch movie now holds that May 19, 2017 slot which was originally reserved for the sequel.
The third film's 2019 release date remains empty. (Also Read: There May be Rajinikanth vs Arnold Schwarzenegger in Enthiran 2)