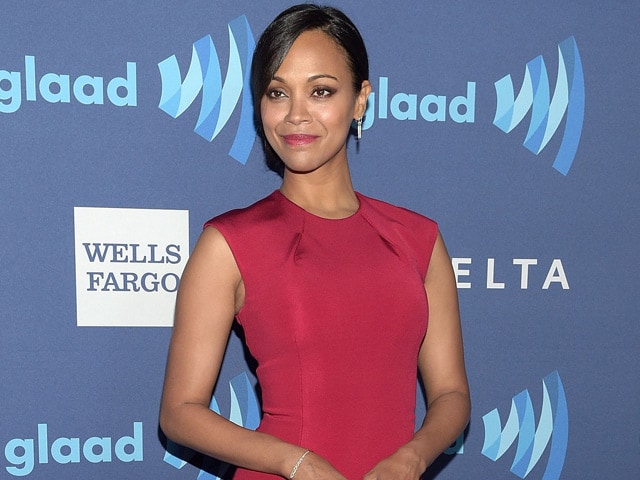 Zoe Saldana asked that 'why are we making a big deal about it'. (Image courtesy: AFP)

Celebrities like Elton John, Ryan Murphy and Andy Cohen may have said they would no longer flaunt the Dolce & Gabbana brand, but Avatar actress Zoe Saldana is not joining the boycott.

"That would be the stupidest thing if it affected my fashion choice," eonline.com quoted her as saying.

"Obviously, it caused some sensitivity, but then again if you continue to follow the news, you see they all kinda hugged it out, so why are we making a big deal about it," she wondered.

Domenico Dolce and Stefano Gabbana, the designers behind Dolce & Gabbana, made controversial statements during an interview with an Italian magazine. The designers said that children born through in vitro fertilisation were "synthetic". (Also Read: Think Before You Speak, Says Madonna to Dolce & Gabbana on IVF Comments)

Dolce had said, "You are born to a mother and a father or at least that's how it should be. I call children of chemistry, synthetic children. Rented uterus, semen chosen from a catalogue." Gabbana had added, "The family is not a fad. In it there is a supernatural sense of belonging." (Also Read: Storm in a Test Tube: Dolce and Gabbana Slam Elton John Over IVF Babies Row )