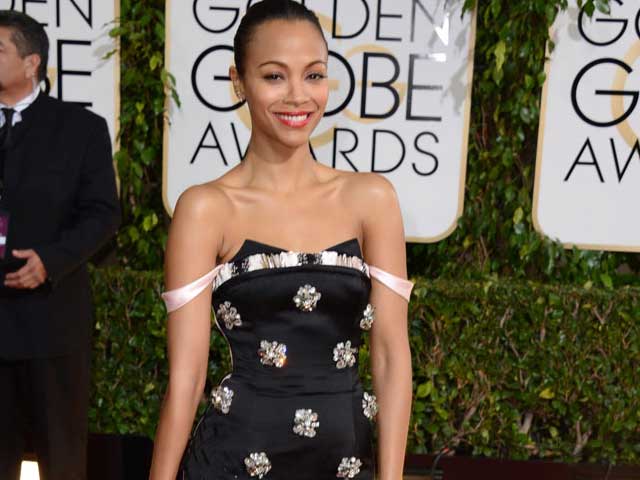 Zoe gave birth to a set of twins in November 2014

New mother Zoe Saldana chose to relax at home with her newborn sons rather attending the 72nd Golden Globe Awards on January 12.

Zoe, 36, took to Twitter to inform that she will be taking care of her babies.

It's looking like popcorn on the couch along milk bottles for the little guys while the #globes are on for us.

The Guardians of the Galaxy actress confirmed just last week that she and her husband Marco Perego welcomed a set of twin boys.