Allied: A suspenseful spy setup bogs down in mawkish melodrama 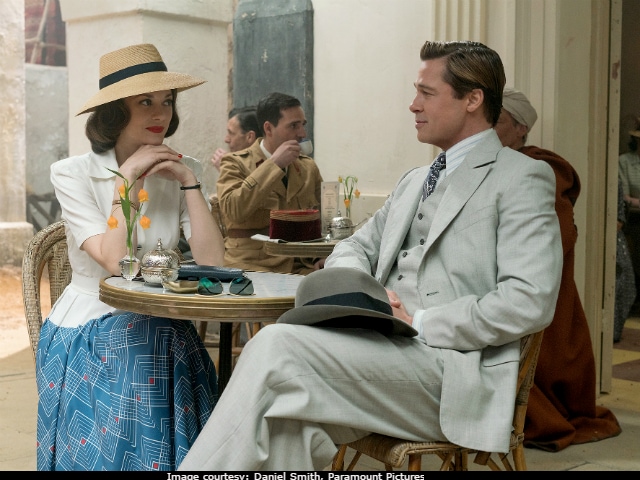 Allied takes its sweet time constructing a solid, suspenseful, well-executed setup, and I do mean sweet.

"I keep the emotions real. That's how it works," Marianne says to Max when the two first meet, as strangers, during the Morocco-set undercover operation that opens the film: an assassination attempt on the German ambassador, in which Max and Marianne must pass themselves off as a French businessman and his wife.

This mission is more than a prologue. If we are to believe that the stakes for Max and Marianne - platonic co-conspirators at first who become much more - really matter, we have to buy into the reality of their relationship, just like the Casablancans and Nazis they are trying to fool do. Pitt's Parisian accent may be unconvincing - Marianne, in fact, makes a joke of it, called him "my little Quebecois" - but the fire between them feels hot, and real, enough.

In short, it works, like a well-oiled engine at full throttle.

But where is the vehicle headed?

The Casablanca-set first act is taut and convincing. After Max and Marianne settle into a life of quirky domesticity in London - he's all business, she's the center of an artsy, Bohemian circle - the revelation that Max's superiors suspect his wife of espionage is effectively shocking, not just to him, but to us. We like these people.

When he is given 72 hours to carry out an assignment that could expose Marianne as a traitor - along with the slightly preposterous order to execute her immediately, if she is found guilty - Max sets out, at great risk, and under a deadline, to exonerate her.

Let's face it: One of the two possible outcomes - either she is a spy or she isn't - is even remotely intriguing, dramatically speaking. If the accusation against Marianne turns out to be a case of mistaken identity, as Max believes - desperately enough, as it turns out, to put the lives of others at risk - that's the happy ending that many would crave, although it's something of a narrative dud. At least the possibility of another, more explosive outcome keeps things interesting.

To its credit, the film manages to remain equivocal, keeping us in suspense, until the 11th hour. But even an unhappy ending comes with its own risks. So she's a spy? What then? A bigger question than what Max and Marianne will do is: How will the filmmakers handle it?

By the time any of this matters, something strange has come over Allied. The love story at its heart, so tentative and authentic initially, has become soft and slightly spongy around the edges, in the manner of a movie romance.

As the espionage plot surges toward its nail-biting conclusion, the path it's traveling feels less open-ended than preordained. The dangerous sense of intrigue, potential betrayal and moral ambiguity - the very thing that keeps the film going for so long, and us on the edge of our seats - disappears, replaced by a slough of mawkishness that saps the film of its power, locking it into a rut that leads only in one direction.

Perhaps the story wasn't such a great one to begin with. Like Allied, Max and Marianne end up painting themselves into a melodramatic corner from which there's really no escape.