An Inky World of Damaged Souls and Demented Evil 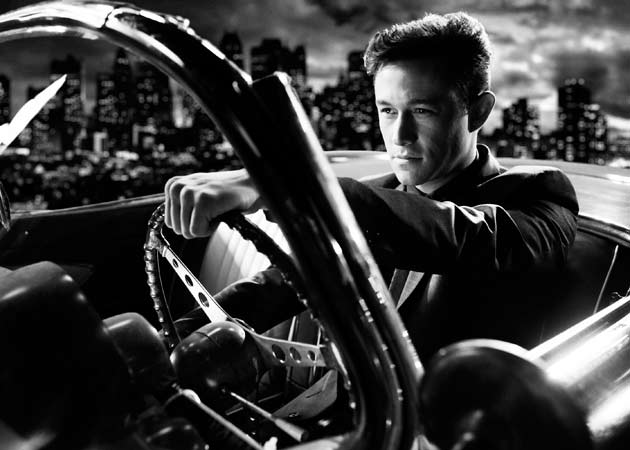 It has been almost a decade since Sin City heaved itself on to our movie screens, a dark parade of ugly mugs and uglier behavior. Back in 2005, the film?s worshipful, impeccable realization of Frank Miller?s graphic novels was divertingly original, even if none of its characters looked quite human or breached two dimensions.

Little has changed, except perhaps that the novelty has worn off. In Frank Miller?s Sin City: A Dame to Kill For, the dudes are still damaged, the dames remain deadly and the neo-noir aesthetic still possesses an assaultive force. That?s one reason the sequel?s addition of 3-D is not just unnecessary but counterproductive; the original film?s digital images, painstakingly photographed by Robert Rodriguez (who also directed both installments with Miller), already delivered impressive depth and density. Without any visible benefit (other than the usual projectiles that hurtle periodically toward our reflexively ducking heads), this new dimensional tweak serves only to scramble scale. In some scenes, cars resemble Matchbox toys, and women appear to have the bodies of 12-year-old girls - not the most tragic illusion, you might think, but disturbing nonetheless.

Like its predecessor, Dame weaves several of Miller?s stories into overlapping studies of corruption and evil. Old characters, like the lonely lug played by Mickey Rourke - whose facial prosthetics call to mind Ron Perlman?s leonine look from the late-'80s television series Beauty And The Beast - return, and new lambs line up to be slaughtered and deceived. Knife-edge blacks and frothing whites still dominate (with the occasional scarlet splash of women?s hair and lipstick), and characters often carry a fizzing nimbus of backlighting, like dark and demented angels.

Punishingly stylized, this marriage of comic-book panels and hard-boiled dialogue has a heaviness that can?t be explained solely by its cynicism or lack of wit. It?s a blunt instrument whose visual shadings far surpass the kill-or-be-killed storytelling. ?Get to the side, Marcie, I gotta break some bones!? an arrogant gambler (a welcome Joseph Gordon-Levitt) instructs his moll before tackling the returning politician played by the great Powers Boothe. And poor, abused Nancy (Jessica Alba), still dancing for degenerates on a shiny bar counter, summarizes most of her story arc in a single image of her writhing sadly with gun in one hand and bottle in the other.

Nancy, like the rest of us, misses her protector, the cop played by Bruce Willis who committed suicide in the last movie and shows up briefly here as a ghostly reminder that great actors can command even the most overpowering environments. For the same reason, the lack of Clive Owen (whose character has morphed into Josh Brolin) is keenly felt. But the best antidote to all the glowering and posing is Eva Green: As Ava, the titular dame, she?s nothing short of a godsend.

?I?m a selfish slut who threw away the only man she ever loved,? Ava purrs to whoever is next on her seduction to-do list, proving it by shucking her clothes as often as possible. Ava?s nakedness is her weapon, and Green, playing entire scenes in the buff (she?s one of the few actors who understands the complicated grammar of body language) somehow makes us feel as though we?re the ones being exploited.

Her skills have persuaded the filmmakers to tone down the violence and pump up the sex. ?You can?t make a sale without showing the goods,? one of Ava?s admirers says. Indeed you cannot.