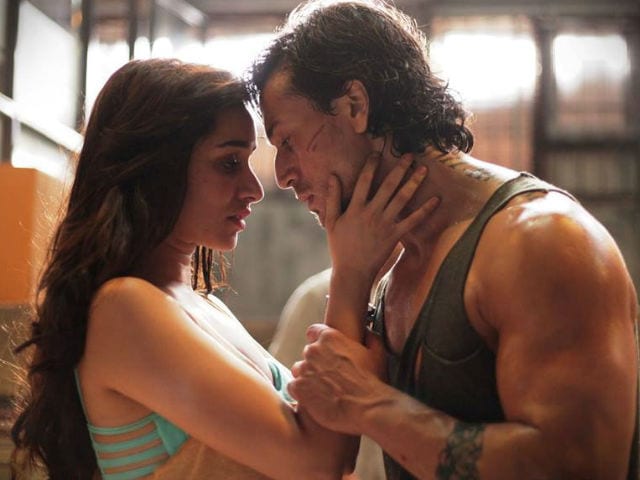 The makers of Baaghi - the writer and the director, two separate but obviously like-minded entities - seem to believe that it is perfectly all right to rebel against reason, logic and good sense.

Without a credible screenplay to hold it together, this 140-minute action film can only heap endless misery on moviegoers who detest meaningless bone-crunching.

Watching an irate but purposeless combatant single-handedly demolish all his adversaries from Kollam to Bangkok is excruciatingly monotonous.

The protagonist, an angry young rebel, is trapped in a script so fluffy that it can carry no weight at all. It moves only in fits and starts, and aimlessly at that.

Director Sabbir Khan attempts to narrate something akin to a love story, but his anything-goes filmmaking style is unable to generate any intensity at all.

The action in Baaghi, which moves back and forth between the Kerala backwaters and the bright lights on the Chao Phraya, is a mish-mash of Kalaripayattu, Muay Thai and Chinese martial arts.

Making matters worse, its puerile plot is pounded to pulp by pumped-up posturing passed off as performance.

Cinematographer Binod Pradhan, on his part, spares no effort to deliver pretty images, frequently capturing Kerala in all its picture postcard splendour. But his labour is wasted on an insipid narrative.

Given the antediluvian storytelling methods on show, no panther, puma or Tiger Shroff can save this ride from swinging between the utterly fatuous and the hopelessly hackneyed.

Now, the story for whatever it is worth: a wannabe actress Sia (Shraddha Kapoor) is abducted by a badly smitten Bangkok fight club owner Raghav Shetty (Telugu actor Sudheer Babu).

The girl's father P P Khurana (Sunil Grover, hamming unabashedly) who is directing the film aimed at launching Sia's acting career, hires the baaghi of the title, the spurned-in-love Ronny (Tiger Shroff), to rescue his daughter.

I will do the job only for the money, not for love, Ronny asserts and heads to Bangkok.

But before the film can enter the second half and the bone-breaking can begin in right earnest, a long flashback reveals how Ronny and the rain-obsessed Sia met and how misunderstandings tore them apart.

The flashback centres on a kalaripayattu academy run by a no-nonsense ex-armyman Guruswami (commando trainer Shifuji Shaurya Bharadwaj in his acting debut).

Details revealed in this part of the film throw light on the bitter rivalry that develops between Raghav and Ronny over Sia as well as the legacy of the kalaripayattu guru.

Both men learn the ropes from Guruswami but decide to put their skills to contrasting uses.

There is inevitable talk of genuine successor and undeserving usurper as the two men go head-to-head in a bloody confrontation in which arms, feet and fists are freely employed to maim and immobilize.

The girl who causes the mayhem is a rain-loving damsel who catches the fancy of both the macho drifter and the man who never takes no for an answer.

Nothing thrills this winsome wench more than thunderclaps and raindrops. She does everything that formula Hindi film heroines do - she goes from being coy and coquettish to buoyant and bellicose, even showing her dainty fighting skills when the situation demands.

To establish how deep her connection with the clouds is, the film stages an entire rain dance on a railway platform complete with a raucous chorus.

That is when the audience first realizes that the girl is going to be no more than a silly old trophy for two spoilt brats.

Each punch that the hunky hero lands is like a body blow to the film because the man's motivation is never completely convincing.
Where is this guy coming from? And is the murderous baddie only in the game to serve as a red rag to a bull on the rampage?

Baaghi is more jumbled-up questions than answers, more sound and fury than meaning.

At one point, the villain's Chinese henchman gives the hero a run for his money and mocks him by extolling his own brand of martial arts.

The Baaghi's principal boogeyman, Raghav, is given the short shrift by the script. He goes on a murderous spree for no apparent rhyme or reason except for the fact that his actions provoke the hero to take the law in his own hands.

Low on genuine emotion, Baaghi is only as engaging as a badly designed video game.

The love story is interspersed with flashy martial arts action scenes, but given a male lead who is hard pressed to convince us that he has a genuine grouse against the world, the crass concoction simply does not get off the ground.

The insipid acting all around does not help the cause of this wayward rebel one bit.

Baaghi is eminently avoidable. Keep out of its path.