Not everything clicks, but overall Badlapur packs a punch. 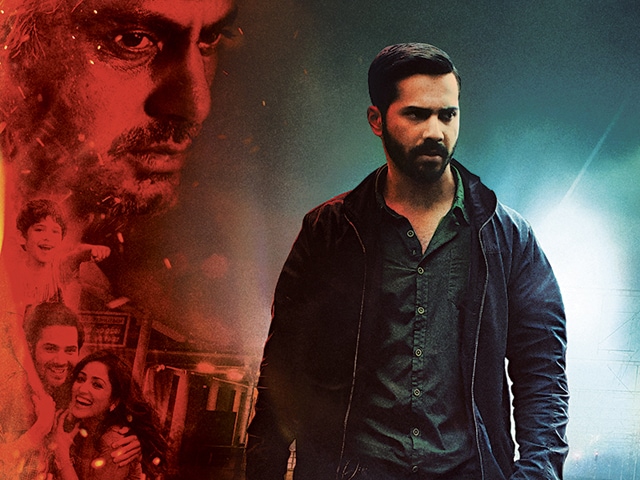 Average Bollywood revenge dramas thrive on predictability. They rarely, if ever, tamper with the bad guy-good guy construct. Badlapur is an exception.

Sriram Raghavan's neo-noir crime thriller is about vengeance and forgiveness all right, but one thing that the film isn't is conventional.

Not everything that Badlapur comes up with clicks into place without a problem. There are several elements in it hat stick out of the frame rather awkwardly. But overall the film packs quite a punch.

The screenplay (Arijit Biswas, Sriram Raghavan) does not resort to the standard practices of the genre, and the principal characters aren't black and white cardboards.

Badlapur toys with many shades of grey, significantly enhancing the effect of its pivotal dramatic conflict.

The plot hinges on an angry young man on the trail of a fugitive bank robber who he believes killed his wife a decade and a half ago.

The jagged framing and lighting by cinematographer Anil Mehta and the elliptical cutting by the editor, Pooja Ladha Surti, add to the unusual mood and tone that underlines Badlapur.

The film does have its share of flaws. Many contrived passages tend to slow down the pace of the narrative.

A couple of scenes in which the vengeful protagonist turns upon women with the intention of humiliating them border on the cheesy.

One question that must certainly be asked: why are the women in Badlapur treated with such contempt?

If one can ignore the overt misogyny on show all through the film, Badlapur throws up enough surprises to hold the viewer's interest right until the bitter end.

Badlapur has a tagline that exhorts the audience not to miss the beginning. But it is in its final five minutes that the film delivers the biggest twist of them all.

The stage is set by the startling opening sequence itself. A young mother (Yami Gautam) and her son lose their lives in a random, senseless act of crime - a bank heist - in Pune.

The woman's gutted husband, adman Raghu (Varun Dhawan), is reduced to a mental and emotional wreck.

One of the two criminals, Liak (Nawazuddin Siddiqui), is nabbed and interrogated.

The seemingly harmless Liak puts the blame for the murder on his accomplice but refuses to name him. He is sentenced to 20 years in prison.

Raghu, unable to come to terms with the tragedy, chucks up his job and shifts to a place called Badlapur.

There, he works as a factory foreman while he awaits the release of the only man who can reveal the identity of his wife's killer.

Revenge is of course the principal thematic leitmotif here, but along the way the film also incorporates other strands revolving around crime and punishment, the question of mercy and even terminal illness.

Violence is always one scene away in Badlapur , but it erupts only intermittently. Much of the drama unfolds in the minds of the characters and through the means of innocuous but fraught exchanges.

Both Liak and Raghu treat these women like useless chattel, with the latter, who is supposed to be the righteous hero, reveling in forcing them to disrobe and do his bidding.

It is his way of settling scores with the men that he wants to punish.

The criminal's mother, too, is at the receiving end of constant apathy from a son who could not care less about her feelings.

But for all its failings, Badlapur allows most of its actors, even those that play inadequately developed roles, an opportunity to make a mark.

Varun Dhawan sheds his lover boy garb and sports a perpetual scowl to express inner turmoil. He pulls it off for the most part.

The trouble is that he is up against an actor of the natural calibre of Nawazuddin Siddiqui, who stamps his class even on the most unremarkable moments.

Badlapur has a strong supporting cast, with Huma Qureshi and Radhika Apte getting enough footage to make the best of a bad deal.

In conclusion, Badlapur might not be in the Ek Hasina Thi and Johnny Gaddar league, but it is a happy sign that Sriram Raghavan has left Agent Vinod behind.