Begum Jaan Movie Review: Vidya Balan could count this performance as another feather in her already overflowing cap 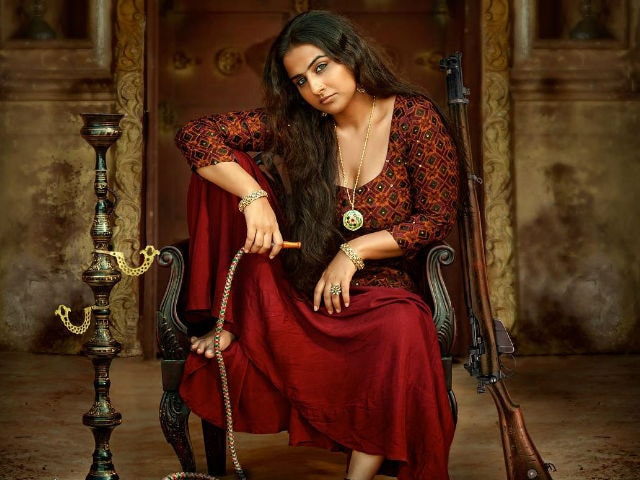 A potentially explosive idea lost in banshee-like shrillness, rapid-fire storytelling and much volatility triggered by a collision of history and hysteria: that in a nutshell is Begum Jaan, a markedly condensed retelling by writer-director Srijit Mukherji of his own 2015 Bengali-language period drama Rajkahini. The film isn't devoid of passages that crackle with promise. But, alas, not only are these hope-inducing moments too few and far between, they fizzle out all too quickly.

The original film, too, was unabashedly melodramatic and marked by broad sweeps, but it played over 160 minutes, which allowed the multiple strands a certain degree of space. Begum Jaan - dedicated, like the Bengali film, to the memory of Ismat Chughtai and Saadat Hasan Manto - cuts out some the flab and runs a little more than two hours. While the shorter length lends it a dizzying pace, it does not necessarily make it better. Begum Jaan has too many characters and too little time to flesh them out. 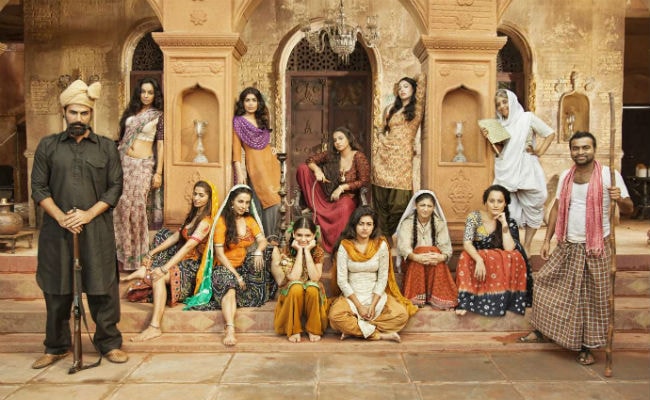 Begum Jaan Movie review: The film has too many characters and too little time to flesh them out

Vidya Balan goes all out and delivers a knockout performance as the madam of a brothel threatened with obliteration by the partition of Punjab "where Amritsar meets Lahore", but the rest of the eleven women who live and work in whorehouse struggle to be noticed and heard above the frenzied hubbub.

The tumult that the girls generate is oftentimes ear-splitting and the background score (by Indradip Dasgupta) drowns out the possibility of any sort of subtlety seeping into the proceedings. But some of the dialogues (credited to Mukherji and Kausar Munir) are hard-hitting and Gauahar Khan and Pallavi Sharda do get their moments in the sun and make the most of them. But the Manto-esque spirit of the provocative story set in a fiercely contested site that is as much brick and mortar as flesh and blood is diluted beyond reparation by the unrelentingly high pitch of the narration and the superficiality of the conflict.

Begum Jaan is the story of a bunch of women who have nothing to lose, but they fight tooth and nail for everything that they have. If only they were allowed a few quieter moments in the course of their struggle to defend their hard-earned freedom from a society that they have been brutalized by, the story might have attained the heights of an Ismat Chughtai short story. Begum Jaan Movie review: It's the story of a bunch of women who have nothing to lose

Faced with a one-month ultimatum to vacate the brothel - the curt notice is served on them by two government officials who were once bum chums but are now separated by a quirk of history - the women decide that they will not go down without a fight.

Their last hope is the local ruler (Naseeruddin Shah as a character reminiscent of the ruthless tax collector of Mirch Masala that he himself played and, far more tangentially, of the decadent zamindar of Jalsaghar). The waning royal helps them out in times of need but does not fail to extract his pound of flesh. The newest girl in the brothel, a battered-into-silence rape survivor Shabnam (Mishti Chakraborty), is physically dragged to the Raja's room while Ilyas (Rajit Kapoor) and Hariprasad (Ashish Vidyarthi), armed with a government circular, go about the job of erecting the barbed-wire fence that will carve a new nation out of the Indian subcontinent.

Beyond their big battle for survival, Begum Jaan and her girls have smaller skirmishes with the smarmy men swarming around them. Gulabo (Pallavi Sharda) is in love with the local schoolmaster and Indian National Congress activist (Vivek Mushran), who, on his part, has a crush on the brothel's queen bee. Spurned by Begum Jaan, he plots vengeance.

Rubina (Gauahar Khan), Begum Jaan's closest confidante and masseuse, has a soft corner for the brothel's errand boy and 'court jester' Sujit (Pitobash Tripathy). But life in this fight to the finish is inevitably fraught with danger and it comes in the form of a murderous goon Kabir (Chunkey Pandey), whose business it is to fish in troubled, communally-charged waters. The criminal first appears late in the second half to the accompaniment of a Kabir doha that sums up the absurdity of the situation that two communities and countries have been shoved into: Chalti chakki dekh kar diya Kabira roye/Dui paatan ke beech mein sabit bacha na koye.

Watch the trailer of Begum Jaan:

,br> There is more poetry in store: the film signs off with an unrecorded version of Sahir Ludhianvi's Woh subah kabhi toh aayegi, jettisoning the tremulous hope of better times in favour of a more assertive Woh subah hami se aayegi. In the context of the shocking opening sequence of Begum Jaan (set in Connaught Place, Delhi in 2016) that brings the Nirbhaya case back to mind, the confidence might seem misplaced. But the effect that a similar sequence later on in the film, this time unfolding in 1947 near the brothel caught between Pakistan's Shakargarh and India's Dorangla, has on a would-be sexual predator serves the purpose of turning the tables, no matter how facilely and insignificantly.

Is Begum Jaan, the fiery protag, in the same league as these women? Will she pass into cinema history? Vidya Balan could count this performance as another feather in her already overflowing cap, but the fire-spewing character that she plays is far too flappy to go down in the annals of Hindi cinema as an unforgettable screen heroine. She is phenomenally riveting no doubt, but the film that rests awkwardly on her shoulders is passable at best.